Kimi Raikkonen has revealed that he was teased by his son Robin over the crash that put him out of last weekend’s Formula 1 Portuguese Grand Prix.

The Finn brought out the safety car at the start of the second lap in Portimao after he ran into the back of Alfa Romeo teammate Antonio Giovinazzi on the start-finish straight.

Raikkonen had claimed that he had been distracted by changing some button controls on his steering wheel so hadn’t realised he was drifting in to Giovinazzi’s rear wheel. Speaking about the reaction from the team after the race, Raikkonen said he had missed the post-event debrief but had instead been on the receiving end of some comments from Robin.

“My son was telling me that: ‘You always tell me to look forward’ when he’s driving a go-kart,” he said. “He gave me a bit of that...”

Alfa Romeo had hoped to make some solid progress with its car this season, but is facing a tough time in the ultra competitive midfield pack.

Raikkonen reckoned that its chances of impressing and scoring a decent haul of points was dependent on track characteristics suiting its package. 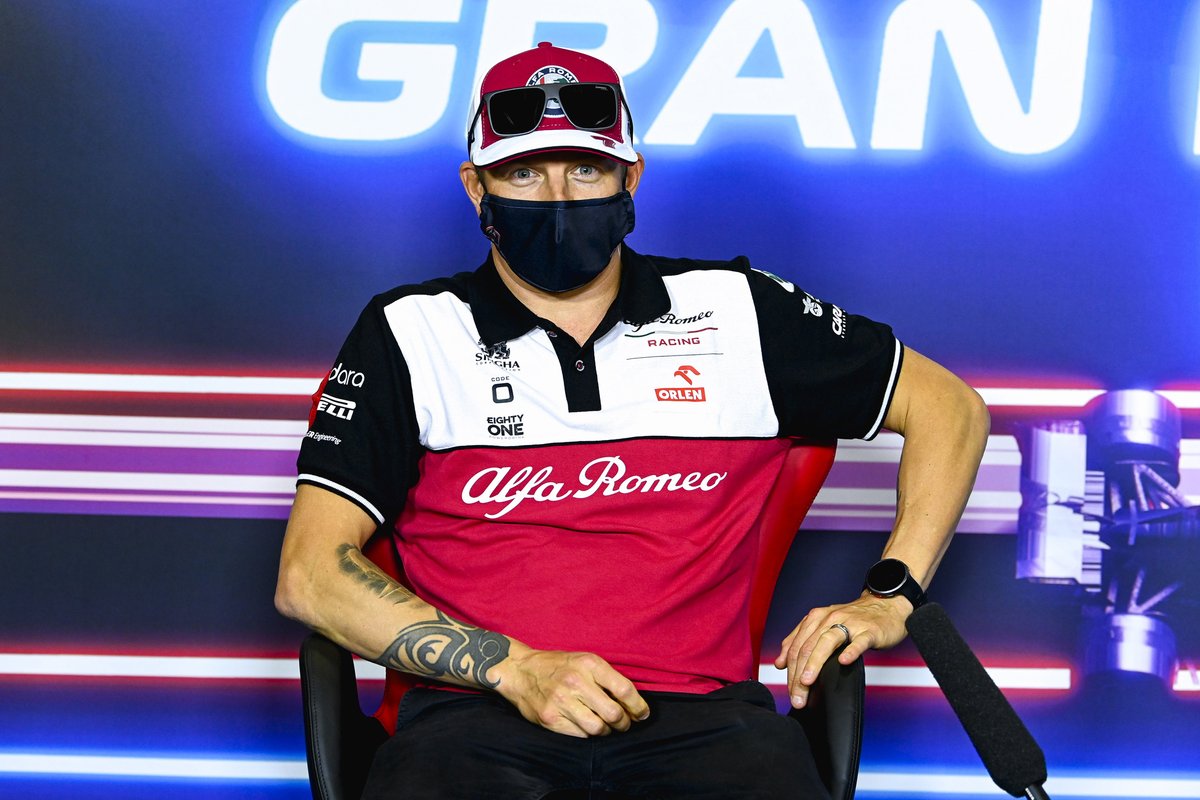 “I think in Bahrain we were probably stronger in general as a track,” he said. “Maybe the conditions suit us better, maybe some that we race against did not suit it that well.

“But it’s a bit closer than we were last year. We never expected to be in the middle of the pack, but we need to improve. That’s clear.

Raikkonen feels that Alfa Romeo is making overall progress as a team, though, having undergone a restructuring in recent years.

“If you are comparing where we were four years ago, we are definitely in a lot better position in any way that you look at the team," he said. “They were almost gone at that time, but it takes a long time to rebuild, to get the people back.

“Obviously the facilities are there to do a good job. Then obviously last year the engine was a bit difficult, but also the car wasn’t where we would obviously want it to be. So in the end it’s always the package.

“It doesn’t matter if you have the best engine but the worst car, you are not getting the best out of it. But I think there’s all the tools and all the manpower to do a good job.”