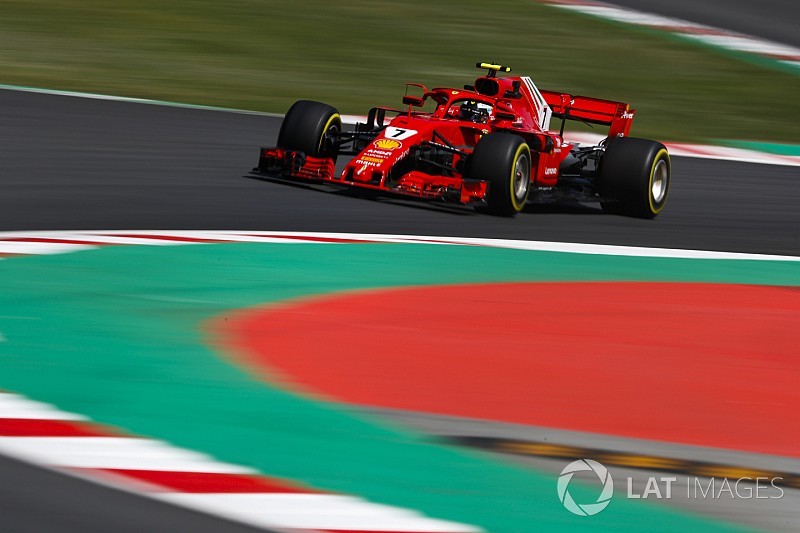 Kimi Raikkonen says his mistake at the start of Q3 in Formula 1 qualifying for the Spanish Grand Prix led to his gamble with soft tyres.

The Ferrari driver lost time after a wobble at Turn 1 in his first Q3 run and then decided to switch from supersofts to softs for his second and final attempt.

Raikkonen finished down in fourth, however, nearly half a second off pole and three tenths behind teammate Sebastian Vettel.

The Finn said he gambled on the soft-tyre run as he felt he did not have much to lose.

"Obviously after the mistake I wanted to try something else," said Raikkonen. "I didn't have much to lose so I thought I'd try. They felt pretty good in Q2."

Raikkonen conceded the supersoft tyres, which have given teams a headache this weekend, continued to pose a challenge for Ferrari.

"We were struggling to make the tyres work, it was not the most straightforward qualifying. I'm a bit disappointed but it could have been worse," he said.

"Obviously they have been changed a bit, the tyres, for whatever reason. For sure they are not the same they were at the last races.

"From winter it's impossible to compare [here] but this race is slightly different. Does it make a difference? I don't know. It is what it is.

"It wasn't bad but we needed more laps. It was tricky, but once they are working it seems to be OK."

Teammate Vettel also made a mistake in his first run and, like Raikkonen, ended up setting his best time with soft tyres in the second attempt.

"In Q3 in the first run I locked up a little bit into Turn 1, so the first sector was already slow," he explained. "I tried to get it back and recover but to really fight for pole I knew it was not enough.

"I didn't get a great feeling on that tyre, on that set. I asked to go back and I think it was the right call, we were very quick."

Analysis: Getting a Grip - In season F1 tyre changes catch a few teams out