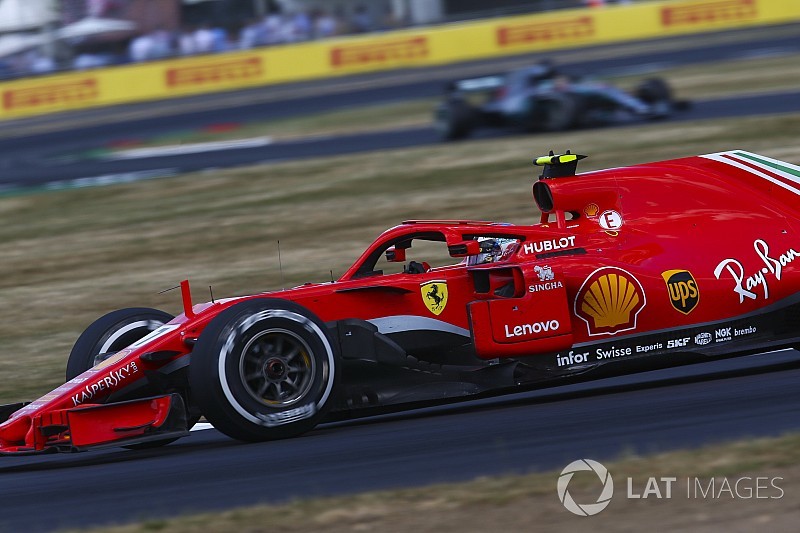 Former world champion Nico Rosberg thinks it is rubbish to suggest that there was anything deliberate about Kimi Raikkonen's clash with Lewis Hamilton at the British Grand Prix.

While comments from Lewis Hamilton and Mercedes made in the heat of the moment after the Silverstone race stirred up the idea that the first lap collision could have been on purpose, Rosberg thinks that the incident was simply down to Raikkonen messing up.

Rosberg says that the fact that Ferrari did not impose team orders in Austria to drop Raikkonen behind Vettel was a clear sign that the Finn is not out there just driving to help him teammate to the title.

Speaking on his own video blog on YouTube, Rosberg said about whether or not Raikkonen hit Hamilton on purpose: "The answer is pretty simple. 100 percent not on purpose.

"We also saw that in Austria because even there, Kimi is not driving for Sebastian. In Austria, Kimi was second and Sebastian third and there was no letting Sebastian past at all. They didn't even consider that.

"Kimi is driving for his own thing. Kimi was out there and just completely messed it up, braked way too late, locked up and torpedoed into Lewis.

"It is unusual for Kimi because usually those kind of things don't happen to him. So a bit strange. But definitely not on purpose, and well deserved to get a 10-second penalty and two points."

Despite Hamilton making insinuations about Ferrari's 'tactics' on the podium after the British GP, he clarified on Monday that he now accepted Raikkonen's apology and had perhaps been 'dumb' to suggest anything else.

"Kimi said sorry and I accept it and we move on," he wrote on Instagram. "It was a racing incident and nothing more.

"Sometimes we say dumb shit and we learn from it."

Insight: Is there anything to Mercedes and Ferrari's opening lap F1 collisions?