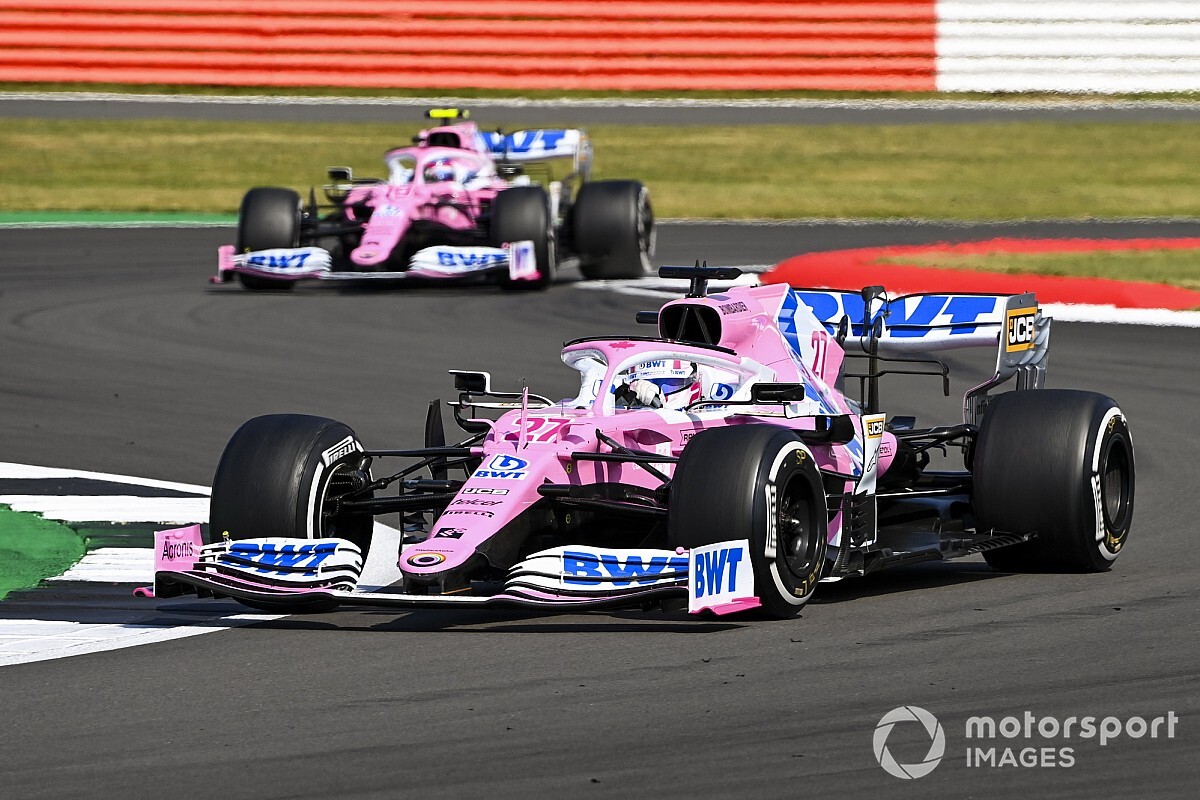 Racing Point has been reprimanded after the 70th Anniversary Grand Prix over the continued use of its controversial rear brake ducts.

The FIA had ruled ahead of the Silverstone weekend that the ducts were a breach of the sporting regulations, because they had been designed by Mercedes and not Racing Point itself.

Following the race, the FIA noted that Racing Point had used the same design yet again, so had broken the regulations.

A team representative was asked to see the stewards on Sunday afternoon following a double points haul, with Lance Stroll finishing sixth and Nico Hulkenberg seventh.

The team was handed another reprimand, as it's expected to be the case in every race that it uses the brake ducts from now on.

While Racing Point was docked 15 constructors' championship points and fined 400,000 euro for running the brake ducts in the Styrian Grand Prix, the FIA has only handed out reprimands for them being run at subsequent events.

That decision has baffled some rival teams who do not understand why Racing Point is allowed to continue using the parts. Four of its rivals – Ferrari, McLaren, Renault and Williams – intend to appeal the stewards' decision and are taking the matter further.

The FIA's head of single-seater matters Nikolas Tombazis explained that the decision to reprimand the team for continuing to use the items was because the parts were technically legal.

"The stewards took the view that it was the process that was at fault and not the components themselves," he said.

"In the first of these protests, in the Styrian Grand Prix, they applied the sanction of championship points and financial sanction. But they deemed that sanction was covering all the issues with the process.

Racing Point boss Lawrence Stroll hit out at rival teams earlier on Sunday, saying he found it 'unacceptable' that they had questioned his team's sporting integrity.

"I have never cheated at anything in my life," he said. "These accusations are completely unacceptable and not true. My integrity - and that of my team – are beyond question. Everyone at Racing Point was shocked and disappointed by the FIA ruling and firmly maintain our innocence."