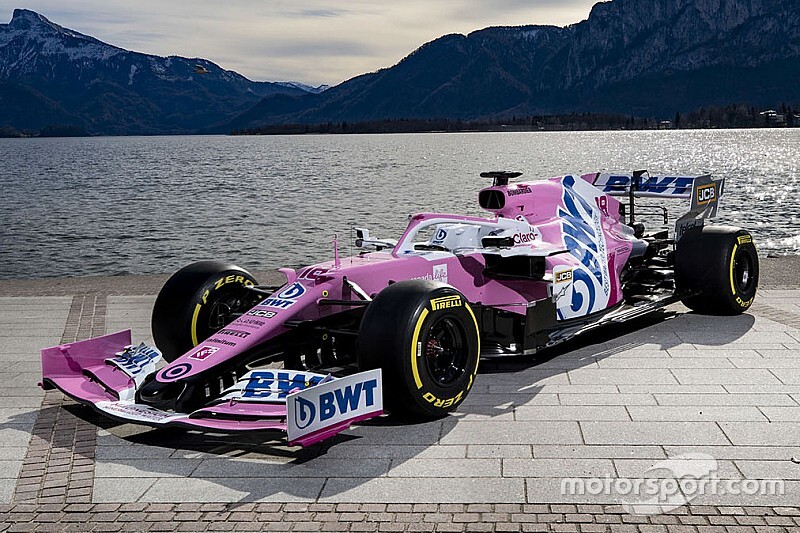 Racing Point CEO and team principal Otmar Szafnauer has explained why SportPesa is no longer the squad's title sponsor, after announcing a new deal with water tech company BWT.

SportPesa became Racing Point's title sponsor as part of a "multi-year" arrangement ahead of the 2019 season, but one year later the betting brand is no longer listed as one of the team's partners.

The company has recently ended other sports branding deals – including a shirt sponsorship agreement with Premier League football team Everton – and Szafnauer stated that "SportPesa had some difficulties in their home market", which led to the Racing Point title agreement ending.

"They still want to be involved but maybe at a different level – not as title [sponsor]," Szafnauer continued to Motorsport.com.

"So we're still talking to them and they're friends of the team and hopefully we can also include them as part of our sponsors and partners.

"But, first and foremost, BWT are a great new title sponsor and the car looks fabulous. A little bit more pink, big BWT three letters on the rear wing, which I think works tremendously well.

"Formula 1 are looking at sustainability – including making one race, initially, plastic bottle free. I BWT is talking to them about helping them do that and hopefully eventually make all the races plastic-free.

"But we've got to take one step at a time and hopefully BWT can help not just our team but the whole of Formula 1."

Szafnauer said the new deal with BWT – which has sponsored Racing Point since it was known as Force India in 2017, the year it switched to a pink livery to reflect its relationship with the firm – was also a "multi-year" arrangement.

When asked how this will work when the team is rebranded as Aston Martin in 2021, Szafnauer said: "Aston Martin next year will be our chassis name and we'll become a manufacturer team.

"But like every other manufacturer team with a chassis name there's always room for a title sponsor.

"No different than Ferrari or Mercedes - you know they have Petronas - so it works well with BWT."

Szafnauer said it was "a bit too early to tell" if the 2021 Aston Martin squad will keep its pink livery.

"Well, we'll see," he added. "I mean, we've got this year to finish and then towards the back end of this year, we'll start talking about what the car will look like next year."