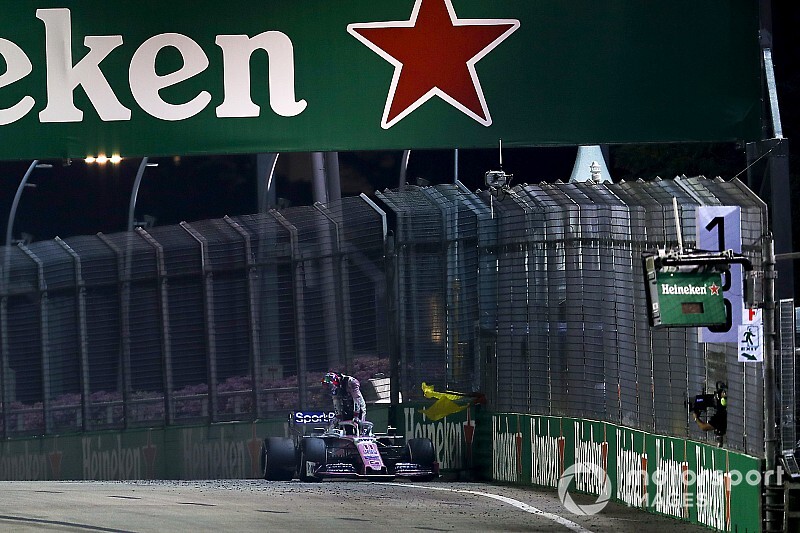 The Racing Point Formula 1 team believes that Sergio Perez’s engine has survived an oil leak that led to his retirement the Singapore GP, and thus the Mexican won’t face grid penalties in Russia.

Perez had a slow leak that the Mercedes engineers were monitoring closely, and which led eventually to a message asking the driver to stop trackside on lap 43, triggering the second safety car.

Perez took the latest spec Mercedes engine in Spa, only to suffer a failure with it in practice. As there were no spares available, he was obliged to switch to a new example of the earlier spec, which means that he has been slightly down on performance relative to the other Mercedes users for the last three races.

The Silverstone team is especially keen to avoid a grid penalty at Perez’s home race in Mexico, which is just two events away.

“We had an oil leak and had to pull the car over,” team principal Otmar Szafnauer told Motorsport.com. “We stopped it in time. The Mercedes guys had been tracking it during the race, because sometimes you get something that weeps and it stops, and it doesn’t matter.

“Because it was a slow-ish leak they could track it to the point of criticality and then say pull over now, otherwise we are going to get a penalty.”

Singapore saw Racing Point introduce the last in a series of aero upgrades that have together created a definitive new spec. Perez qualified 11th, but was compromised in qualifying by a five-place grid penalty. He was on course for points when he retired.

His teammate Lance Stroll didn’t make it out of Q1 after getting caught in traffic, but a strong run in the race was spoiled by a puncture, and he finished 13th.

Although Singapore ended in disappointment Szafnauer believes there’s more to come from the latest package.

“We had really good long-run pace, I think we were the fourth or fifth quickest team, which bodes well for the upgrade. Over one lap we had some difficulties. Lance was stuck in a group of people, and Sergio, not having the latest spec engine, was only 40/1000ths off making Q3. That’s not so bad.

“I think Checo could have finished seventh or eighth today, starting where he started, had it not been for the oil leak. Lance hit the wall and had a puncture. At the restart [Sebastian] Vettel bunched everybody up. It’s tight, you hit the wall, you get a puncture, you’re done.”

“And it was the first time we brought the definitive package, so there’s things to learn and to set up that could be better. I’m quite with where that’s out now, we just have to push forward and optimise that as we go along, have some good races, and then focus on next year.” 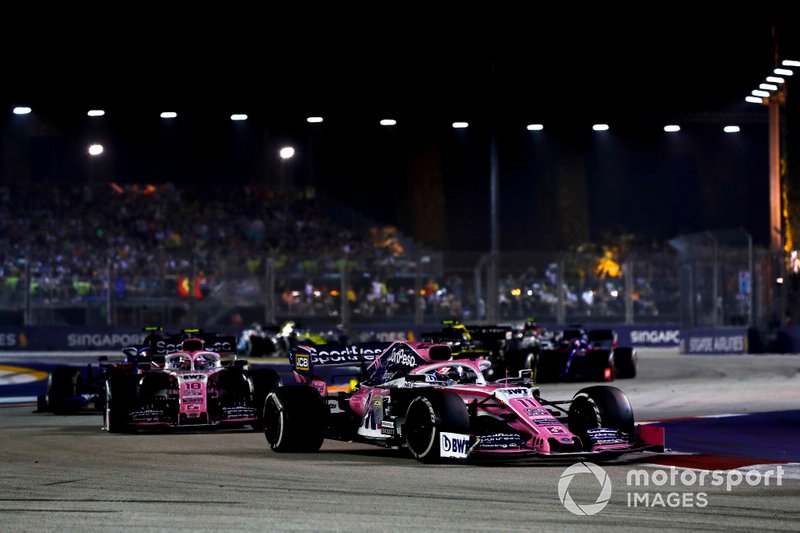 Bottas: Mercedes can learn from breach of "clear procedure"