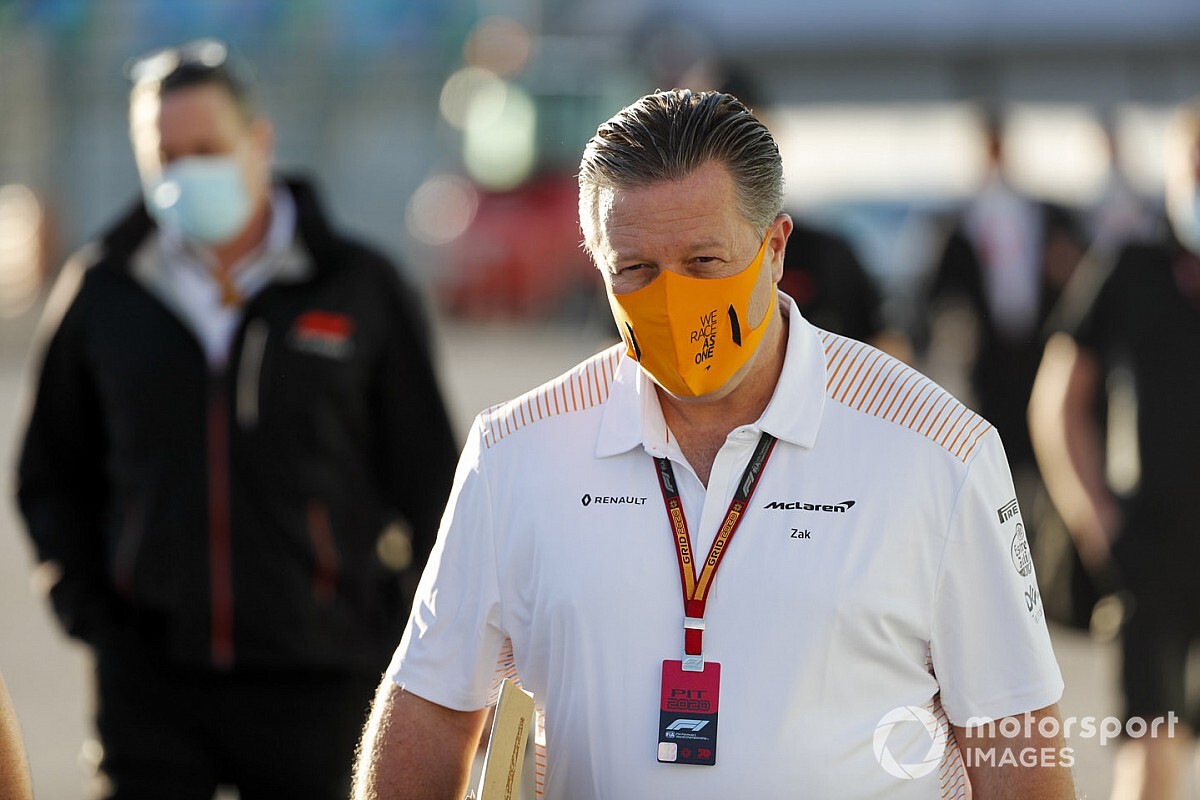 Stroll was forced to miss the last Formula 1 race at the Nurburgring after becoming ill ahead of final practice, but the team said he had not tested positive for COVID-19.

Stroll's most recent COVID-19 test prior to his withdrawal was on the Tuesday before the race, with a test on Sunday coming back positive.

Racing Point has vehemently defended its COVID-19 testing arrangements and decision not to test Stroll daily while he felt unwell, after the driver's personal physician advised over the phone that it was not necessary.

Racing Point received a warning from the FIA ahead of this weekend's Portuguese Grand Prix for not communicating Stroll's positive test sooner, but has continued to defend its actions.

McLaren was the first team to encounter a positive COVID-19 case within its team - ahead of the Australian Grand Prix - and Brown questioned the decision not to test Stroll more regularly.

"For McLaren, we put our people first and foremost," Brown said. "We won't take any risks, we won't gamble. We recognise how dangerous this is, and we want to make sure that everyone stays healthy, and we continue to put on grands prix.

"If I look at the Racing Point incident - or incidents - I would probably test anyone that isn't feeling well daily.

"When in Australia we had someone who didn't feel well, Andreas [Seidl] and I aren't doctors, but we took the very quick decision to isolate, and then when the test came back positive, isolate the team and ultimately we knew that would shut us down for the race.

"But maybe next time around, we should be testing when anyone has any sorts of symptoms because we know how dangerous this is."

Brown pondered how it was possible for the team to be certain of such a claim, and stressed the importance of transparency between everyone in the F1 paddock to ensure the virus is kept under control.

"I don't know what everyone's testing protocols are," Brown said. "I know how much we test. I've just heard that Racing Point tests more than any company in the planet. Not sure how you substantiate that.

"All I know is that when we had our issue in Australia, we communicated it very quickly to everyone, because I think we have a moral obligation to people's health, that they need to have a high level of awareness, which I think is exactly what Mercedes did when they had their incidents.

"So again, I don't know all the details, I just know what I read and see. Looks like there wasn't immediate transparency.

"For an entity that tests as much as they do, all I know is we would be testing at McLaren anyone who doesn't feel well daily, and to make sure that that person is healthy and they're not transmitting, and would isolate anyone that was around them immediately."