Qualifying weakness puts "too much pressure" on Red Bull duo 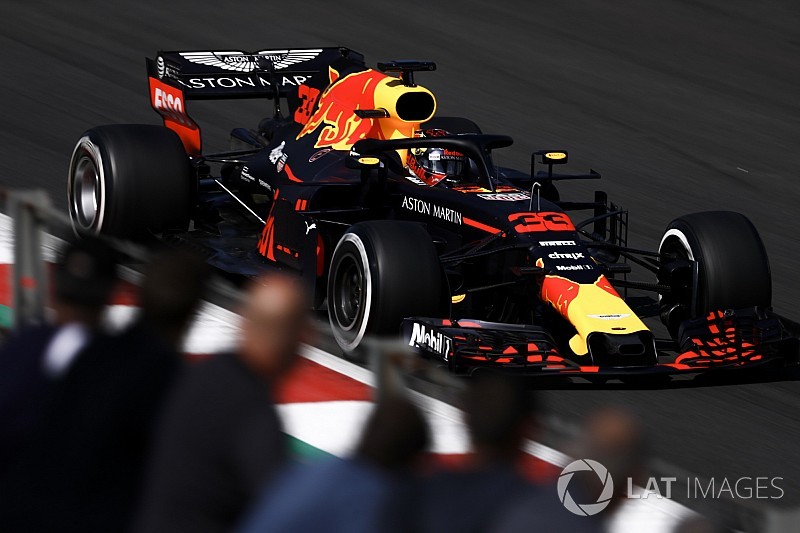 Red Bull boss Christian Horner says the lack of extra Renault engine modes for qualifying is holding its car back and putting extra pressure on the drivers to perform in Q3.

Max Verstappen and Daniel Ricciardo started only fifth and sixth in Barcelona, but both ran strongly in the race, with the former overcoming front wing damage to beat Sebastian Vettel to third, and the latter setting the fastest lap.

Horner is confident that his drivers would be getting much better results if they were starting further up the grid.

"I think the key thing for us is trying to increase competitiveness on a Saturday afternoon, because grid position is so important," Horner said.

"It puts too much pressure on the drivers in Q3, because they're having to find even more performance, because we don't have the ability to go with our rivals' engine modes.

"Hopefully around Montreal time, there is the next engine introduction. We are hoping for a performance increase."

Asked if he expected it to be significant, he said: "That is a question for Renault."

He added: "I think track position is everything at a circuit like this. Unfortunately the damage done on a Saturday compromises your race at a track like this on a Sunday.

"Looking at the pace of the car it looked on a par with what Lewis [Hamilton] could do, particularly in the second half of the race.

"[Daniel] was coming through the backmarkers and we actually turned the engine down.

"So I think the encouraging thing is the upgrades have all worked reasonably well this weekend and once again we've demonstrated we got a competitive car on a Sunday afternoon."

Horner saw Verstappen's run to third place in a damaged car as a timely boost for the Dutchman, who has had a difficult season.

"I think it's been a good weekend for Max. It's good to get his first podium on the board for him, as a confidence-booster.

"It kick-starts his season. I think any sportsman, when you've had a bit of a rough patch, it's always good to get a result in, and get underway."

How Force India is solving its problems