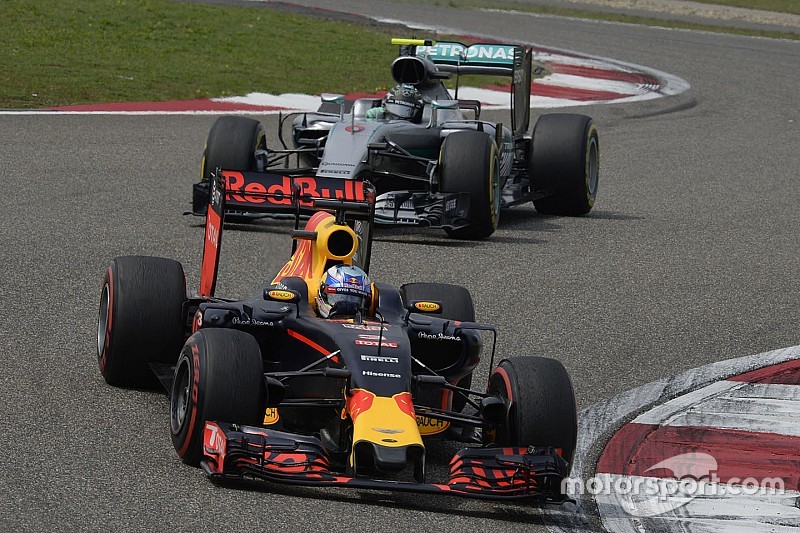 Alain Prost believes that Red Bull now has the chance this season of doing what he did with McLaren in 1986 – and beating the fastest car to Formula 1 title glory.

The four-time champion thinks that the progress that Red Bull and Renault have made in recent weeks, which has resulted in its Spanish GP success and Monaco GP pole, has served to change the dynamics of the title fight with Mercedes.

And he thinks that with Mercedes under pressure after the Barcelona collision between its drivers and with its reliability, there is the prospect for Red Bull coming through to upset the odds, just as he did against the faster Williams duo of Nigel Mansell and Nelson Piquet in 1986.

“If they were too far away then I would say no, because even if something would happen between Lewis and Nico or whatever, or an incident, or a failure, it would be too difficult,” explained Prost, when asked by Motorsport.com about the dynamics of the title race.

“But if you are close, much closer, then it is another game. Because then obviously you put more pressure on them.

"And with 25 points for a win today, it would be enough to only have one or two incidents like Barcelona to be in the match again. And you never know.”

Prost, who is a Renault ambassador, added: “I was very impressed at the beginning of the season about the performance of the car, the Red Bull.

"So they are very close, not far from Mercedes. Maybe not everywhere still. But if they develop again then, they are not favourites for sure, but they are the challenger.

“And typical of what I experienced in 1986, it can happen fighting so much. But I don't think Mercedes will let the championship go away.

"I think they are strong enough, and they can also be strong in the management, so it will be difficult.”

If Red Bull is able to deliver a run of results that lifts it closer to Mercedes in the standings, then Prost believes the team will find itself in an easier situation than its German rival.

Looking back at 1986, he said that not having the quickest car actually meant there was less pressure on him to deliver – as there was nothing to lose.

“It is easier to be the challenger because we knew that on paper we could not win it – but at least you have a little bit less pressure,” he said.

“Compare my 1986 and 1993 championship with Williams, where everybody said that the car was much quicker, which was maybe a bit true with the engine but not with the chassis.

"it was quite complicated, you start a situation where you always have a stupid pressure. It is a negative pressure.

“In 1986 I had a positive pressure as I had to do everything I could, even finish third or fourth. Sometimes you cannot do better – but if you can finish fourth then it is forbidden to finish fifth.

“Sometimes you don't have all the cards in your hands , and it cannot work every year, but it can sometimes be very special. It can happen.”

Prost also believes that having a third contender in the title battle would also be great news for fans, as the momentum of the championship would be very different.

“I think it is good if they are fighting as they are at the moment. I still believe that there is a difference [between teams], but the difference is less and less,” he said.

“I don't know what they have in their pocket – with Red Bull or Mercedes or Ferrari in the next few races - so you never know.

“But when you have a championship with only two contenders, like with Lewis and Nico last year, it is very different if you have a third or fourth person fighting for wins.

“Then you start to share the points. It can be quite different and very interesting for the championship.”

Hulkenberg not thinking about maiden podium in Monaco