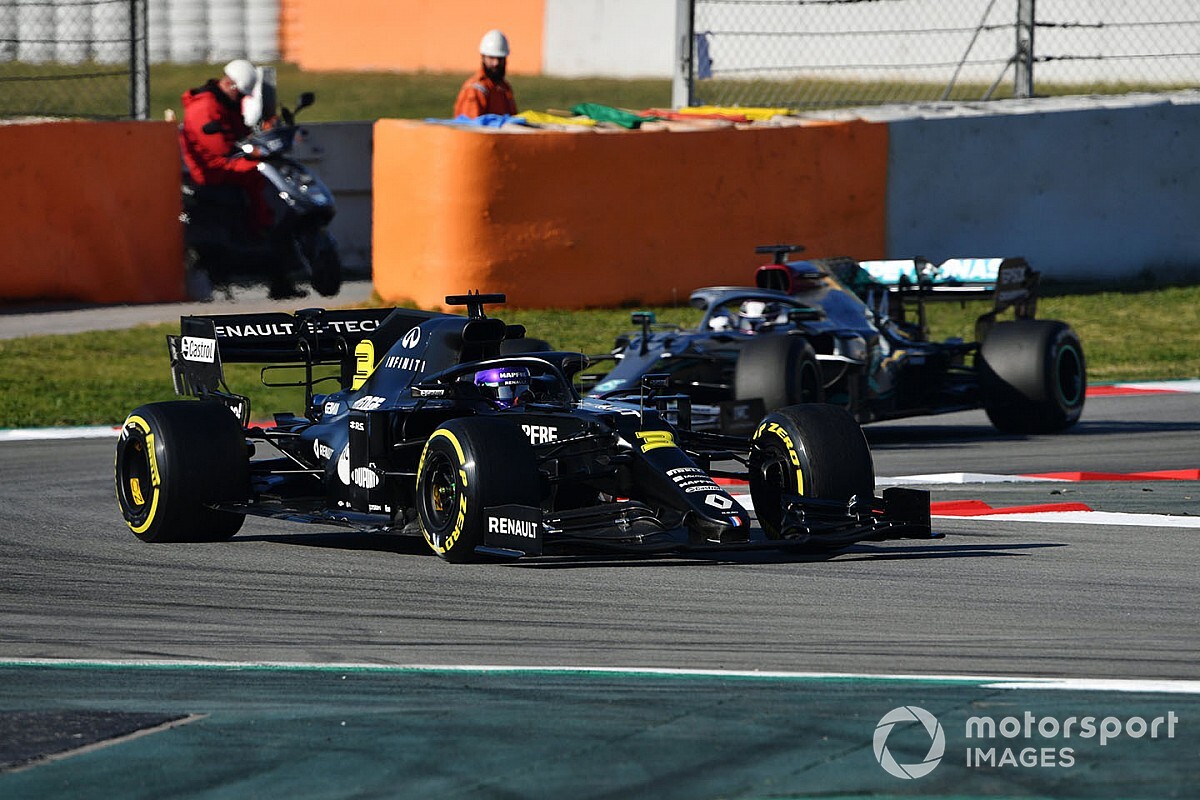 An upset Alain Prost says "stupid" moves by governments to ban the sale of petrol and diesel cars risk killing the European car industry – and will leave Formula 1 facing some tough decisions.

As a number of governments plan to outlaw the sale of petrol/diesel and hybrid cars from 2040 at the latest, Prost has questioned the political motives behind those efforts which he thinks will achieve little in reducing carbon emissions.

And with the costs of forcing car manufacturers to go electric putting their finances under pressure – with Honda this week admitting that the price of electrification had put question marks over its F1 future – Prost is unhappy about where things are heading.

"I am really upset about what I can see today with the automobile industry," said Prost, when asked by Motorsport.com for his views on the impact of the push by governments to force car makers to go electric.

"We are going to give everything to the Chinese [automotive industry] where in 10 years' time, they are going to introduce their cars here - and that is what I don't like.

"I don't care because I'm not part of the industry but I really hate that. It is stupid, stupid regulation.

"We're going to lose I promise you, one million people [employees] in the next 10 years in the automobile industry if we don't change that. Today, if you had a big car with a diesel engine with the nice [pollution] filters, it should not be a problem."

Prost says that key problems for him in people being forced away from petrol and diesel is that hybrid cars are not necessarily more environmentally friendly, because there is a weight penalty that comes from carrying around the battery and motors.

But he is also worried that there is no joined-up thinking in Europe regarding electric charging infrastructure.

"We're talking about Brussels, about Europe, but why don't we have all the same plugs and same system of recharge? We have two competitors in France and they have two different systems. That is completely stupid.

"Today if you go for the maximum [number] of hybrid cars, which is the way we are going, you are not going to push the electrical cars where we should push them: especially in the big cities.

"I think when you go for more mileage [with a hybrid], your CO2 emission is going to be the same, or even worse, because the weight of the car is going to be a lot more, and we know that."

He added: "We ban diesel but at the end I'm sure that we are not going to reduce the CO2 with these measures. We could do it differently."

Prost says that the massive uncertainty over the automotive industry will have consequences for F1 – as he believes some tough decisions are going to need to be made about what happens to its engines.

"When you ask me about F1, I always answer: take care of the automobile industry first, and F1 is then very healthy," he said.

"I was the one pushing for the new [turbo hybrid] engine. Even the first project was a four-cylinder, remember that, because we thought that is the closest technology [to road cars] that we're going to have in the future with the turbo engine. But it did not work for F1, we must be honest. The fans don't like [it] very much."

Prost thinks there are two totally different routes that F1 can take in the longer term: go for popular engines like V8s or V12s that deliver entertainment, or try to go for an all-new technology like hydrogen to stay one-step ahead of the automobile industry.

"You don't want to go with electrical because we have FE, and you know how difficult it is going to be for FE in the future that is for sure," he said.

"So what is the technology for F1 in the future? It is difficult to know. On one side, and it's not my position, we go back to 12 cylinder and we have the same vision of F1 worldwide.

"Or, if we go to hydrogen in 10 years time, we would have another philosophy. And why not? But who is going to push the button and make that decision? It's very difficult, but it's good to ask the question.

"We need to talk about sustainability all the time: what we can do, but the technology is very, very difficult. We cannot, like in my period [driving in F1] follow the trend of the automobile industry. Today it is much more difficult."