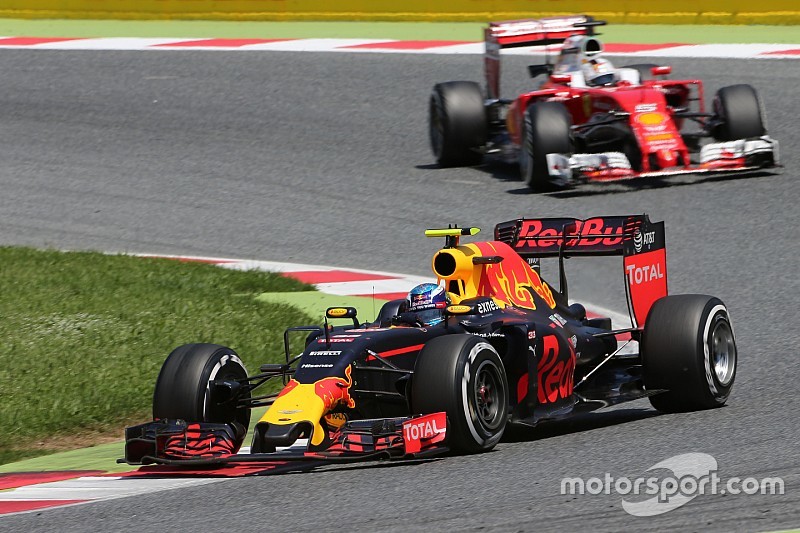 Alain Prost has expressed his admiration for Spanish GP winner Max Verstappen, but declined to make comparisons with stars of the past.

The four-time world champion said he was impressed by Verstappen's progress since he came to F1 last year.

"Everybody is different, you can compare or not compare," Prost said. "The only thing I can say is that I saw him last year like you, and I saw him at private things at Red Bull in Austria, a different occasion. He looks so mature, so calm and so strong.

"You remember last year, when he had the incident in Monaco? The way he answered the questions, the way he reacted, when he was pushed. When you are 17, that's something different.

"Everybody is different. Maybe Schumacher would have done with more arrogance a similar thing, I don't know. But it's better not to compare."

Prost said that Verstappen experienced "positive pressure" in Spain, and that the situation was more difficult for other Red Bull drivers.

"For [Max] he has nothing to lose. But at the end of the day he had a perfect weekend with absolutely no mistakes. That is really impressive, and everybody is looking at him, and He showed on the track and especially in the last few laps when the tyres are worn – it was very good."

"He was eight years old I think in go-karts, something like this. You build your experience, the way they manage the systems and the car is different."

Asked what he was like at 18, Prost said he had to wait to start his racing career.

"I couldn't do the [racing] school because you needed to have one year of driving licence, so I started to dive a racing car at 19! I don't know how I was at 18. I was driving karts, I was not so calm. A go-kart is different, I don't think he was calm in go-karts too."