Pressures, not temperatures to blame for tyre dramas - Smedley 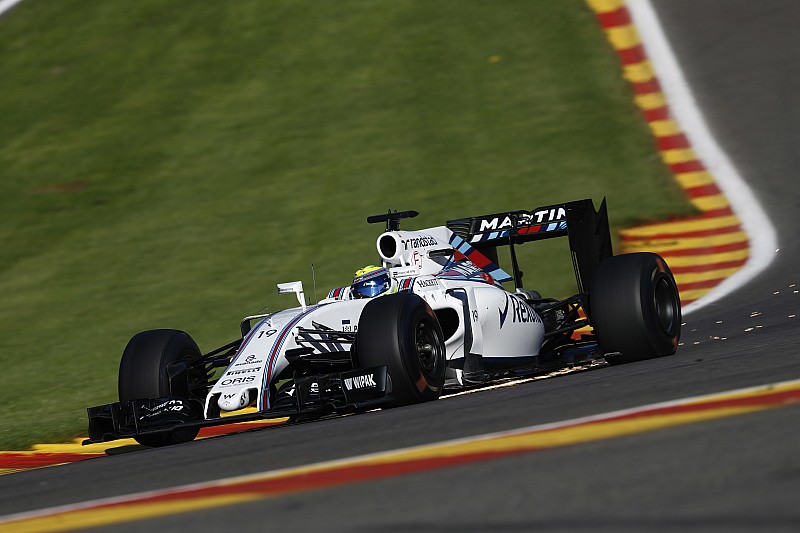 Williams performance chief Rob Smedley says it is the high minimum pressures and not the warm weather that has left teams facing tyre degradation headaches at the Belgian Grand Prix.

Formula 1 is braced for a crazy race at Spa-Francorchamps as drivers have struggled all weekend to look after their tyres, with the supersoft in particular being past its best well before the end of a single lap.

Jenson Button even went as far as suggesting that drivers had had to do some 'crazy' things over the weekend to try to keep their tyres alive.

But while there have been claims that the warmer than usual weather has caused the situation, Smedley is adamant that that is not the case, and that it is really the high minimum pressures laid down by Pirelli that are to blame.

"If there is any talk about the tyres, then there will be certain corners who will defend it because we have come here and it is unnaturally hot," he explained.

"We shouldn't hide behind the fact that running 23.5psi around here gives us massive degradation in whatever temperatures.

"The [compound choices] are slightly on the more aggressive side, but the pressures are the principal reasons why we are having high degradation. It is a simple fact. We shouldn't hide behind any other thing that may help out certain quarters.

"The degradation is definitely higher than what we expected before the event. The tyre life therefore is also somewhat reduced and that will push us more towards certainly more than two stops."

F1 teams know that managing tyre life is going to be the key to a decent result in the Belgian Grand Prix, as Smedley suggested that trying to stay out as long as possible will be critical.

"I think that we are going to be setting off with the qualifying tyre for some laps, after very few laps we will be in what Pirelli describes as their cliff level of degradation and we are probably going to run on that for some laps.

"We have to do that if we want to get to the end of the race or make the strategy work. There are going to be a few sad people after the race."

A number of drivers including Max Verstappen and the Williams duo of Felipe Massa and Valtteri Bottas will be starting the race on the supersoft tyres.

And while Pirelli has recommended a maximum run length of nine laps on that compound, teams do not think they will get that far.

"I am not sure whether it will be two laps but it will be very, very early in the race," added Smedley.

"I think people will want to get off that qualifying tyre. You saw the teams that could do it, the top teams that were able to pass through to Q3 on the option tyre and we would have done it as well had we not run into the [software] problems we had."

Pirelli says the fastest strategy is a two-stopper, with stints on the soft and medium tyre.

Here are its predictions:

Three-stopper: 2 stints on supersoft of 7 laps each + two 15-lap stints on soft

Hamilton to start Belgian GP from the pitlane