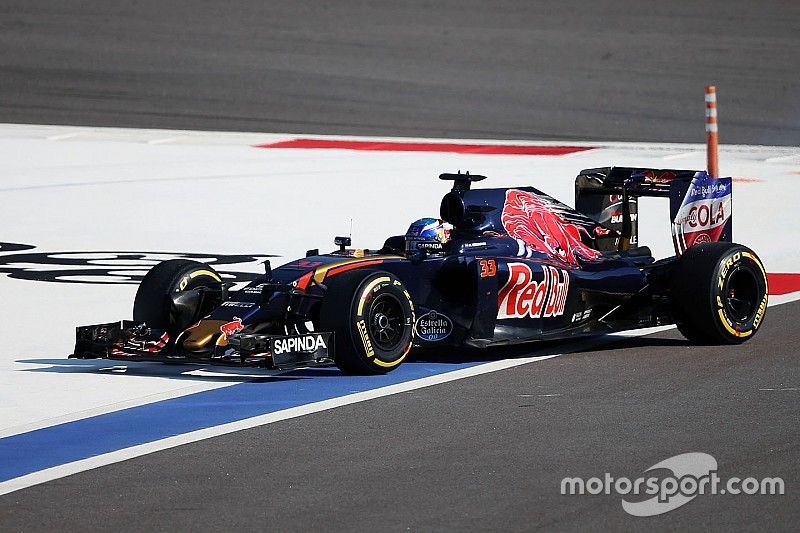 Max Verstappen: "... this is a mechanical sport and these things happen."

“What an unfortunate race. Even though I did one of my best ever starts, a piece of another car got stuck in our side pod, which made me lose downforce during my first stint and also meant I had to stop too early for my pit-stop onto the Softs. This then compromised my second stint and I then also got a 10-second penalty…Now it’s time to reset, get ready for my home race – it always gives me an extra boost! – and come back stronger than ever.”

“Unfortunately I had to retire today after running in P6… It was looking like a great race up until then, as I was cruising around and I didn’t have any pressure from behind; I was just following the guys in front and our pace was strong. We could hold on to the tyres very well and I have to say I was quite relaxed, managing everything well and it was all looking so good… Who knows what could’ve happened! Of course it’s disappointing to have to stop the car, but this is a mechanical sport and these things happen. Now we just have to take the positives from the weekend and get ready for the first European race of the season in Spain in two weeks’ time.”

“Quite a dramatic race. After the start there was an incident where a lot of cars were involved – unfortunately Carlos got a part of another car stuck into his radiator duct, which had quite a big influence on his performance. In fact, we had to call him in much earlier than originally scheduled and this is when we found a part of a car’s bodywork, which had caused the overheating.

After his tyre change his performance was good and he was able to catch up. He then had a fight with Palmer, where the stewards decided to penalize him with a 10-second penalty for pushing him off the track. This meant Carlos was not any more within the points.

Regarding Max, he was racing in sixth place after the start and was able to keep this position quite easily, creating a big gap to Alonso who was behind in seventh place. With 20 laps to go, we had a problem with the Power Unit and therefore Max had to stop. It’s a shame, because we really had the pace to finish easily in sixth position, as he was doing a fantastic job. We will now fully concentrate on our preparation for Barcelona, where we had a very competitive package during winter testing, and hopefully we will be luckier there.”

Red Bull: No points after the Turn One