The Sochi-like Portimao feature that even has Mercedes puzzled 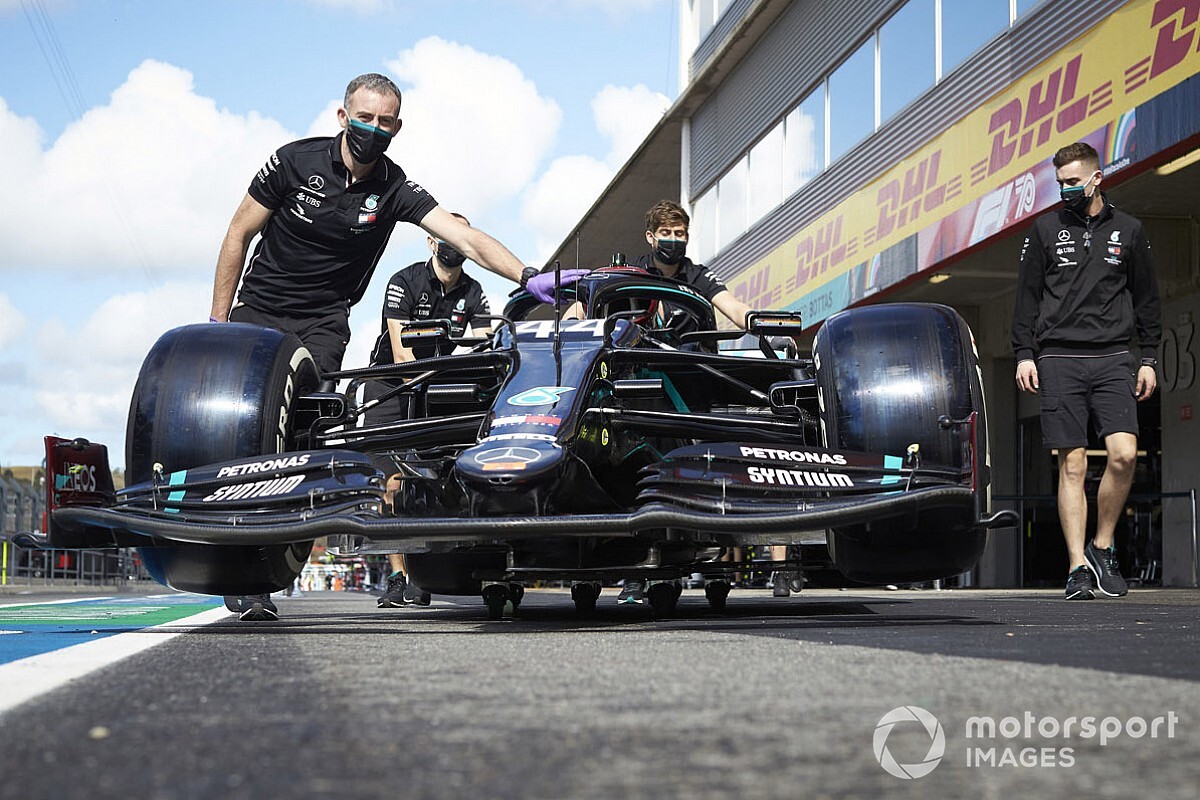 Formula 1 got its first proper feel for the Portimao track on Friday, where Mercedes led the way despite the red flag stoppages, as the pack discovered a specific characteristic at the Portuguese GP venue that led to many mistakes…

Formula 1 is going to end up with a lot of data regarding the impact of reduced practice running on its racing spectacle before the 2020 season is over, with a heavily disrupted FP2 session at this weekend's Portuguese Grand Prix following the Friday practice washout at the Nurburgring.

The one planned event with a deliberate focus on less practice running remains around the corner – at Imola next weekend... But the disrupted second session at Portimao on Friday has uniquely intensified the reduced time available to the pack. It's a new F1 race venue to all the teams and drivers, and they're still much more firmly in the learning phase after the two lengthy FP2 red flags delayed proceedings.