Pirelli to assess 'mood' for F1 after tyre-gate

Jun.17 (GMM) It is possible F1 will have to embark on an eleventh-hour search for a new official tyre supplier for 2014.

Pirelli is expressing increasing frustration with its situation in Formula One, just as its initial three-year contract with the sport is set to expire.

The latest salvo is more criticism after Pirelli announced its tyre compound selections for the next few races, with Italy's Autosprint wondering if the 'conservative' choice is "strategic or simple prudence?" 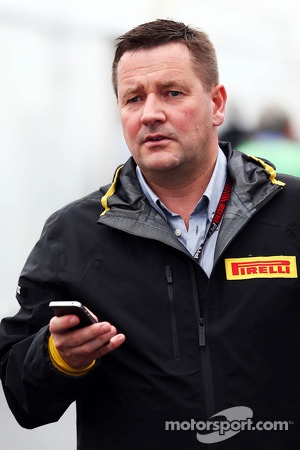 "It's unusual to take the same tyres to Hungary as to Bahrain and Silverstone," he told the BBC.

"It absolutely doesn't make sense -- they're too hard for that track."

Force India is another team that would have liked the status quo to remain.

"I have had no major problems with the tyres," Adrian Sutil told the German broadcaster ZDF.

"A lot of people are complaining, but I'm not, really, because it's a challenge that's the same for everyone. We all have the same tyres."

Pirelli's Paul Hembery, however, insisted to British broadcaster Sky that all the Italian marque is "trying to do (is) our job in quite difficult circumstances".

Hembery has become more vocally complaining of the lack of cooperation and support from the teams, and on Thursday Pirelli will in Paris face the FIA's wrath over Mercedes' secret Barcelona test, or 'tyre-gate'.

He admitted his bosses at Pirelli are "unhappy" with elements of the F1 foray.

"We will see how things progress over the next period of time to see how the mood changes," said Hembery.

"An easy reaction would be to say 'this is madness, get out,' but we are a company that likes to provide solutions."