Brazilian Grand Prix organisers are likely to face further questions about why security was such a failure at last weekend’s event – following another attack on Sunday night.

Less than 48 hours after Mercedes team members were subject to a terrifying armed robbery, and despite promises of a heightened police presence around the track, a car being driven by Pirelli tyre fitters was targeted by robbers.

It is understood that the criminals attempted to force the Pirelli car to stop so it could try to rob the people inside – but luckily the tyre company’s staff were able to escape.

Although nothing was stolen, and all the Pirelli crew were uninjured, the incident will prompt unease among F1 members because there had been promise of extra police around the Interlagos venue.

Over the Brazilian GP event, Mercedes, Williams, and Sauber team members were subject to attacks, while officials from the FIA were also approached by armed robbers before being able to escape.

Lewis Hamilton was left especially frustrated by the way in which there had been repeated incidents over the Brazilian GP, despite it being clear that more needed to be done by the police.

“The most frustrating thing is that I’ve been in Formula 1 for 10 years and every single year that has happened to somebody in the paddock, and it continues to happen,” he said.

“It’s an issue I’m sure the government here are fighting, but I think maybe on this weekend, there are protocols that should be put in place to help, like for example when we go to Mexico, which weren’t there for these guys.

“So I hope that moving forwards, and I think moving forwards, there will be those. And I think it should be for the whole paddock. That’s partly F1’s responsibility, but generally the people at the top need to take action to keep everyone safe.

Security for this week's planned Pirelli tyre test at Interlagos, which is to be conducted by McLaren, is now being discussed. 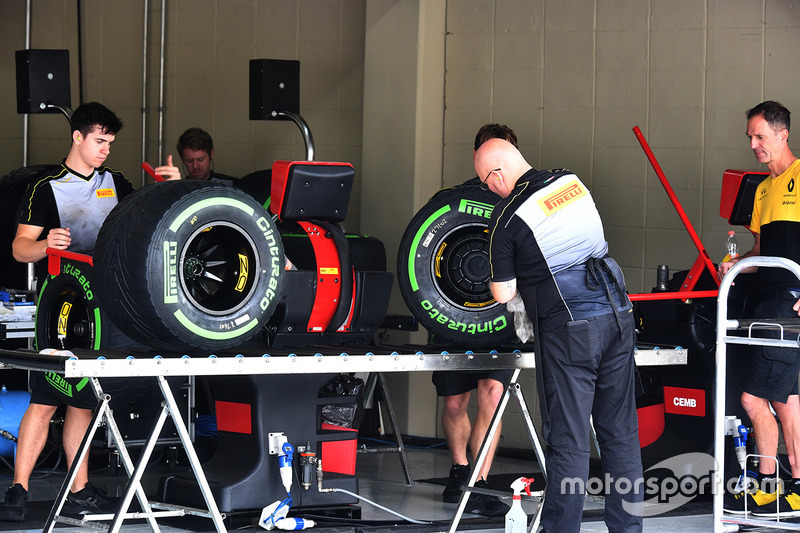