Pirelli says the introduction of its wider 2017 tyres will produce an "amazing" outcome for Formula 1. 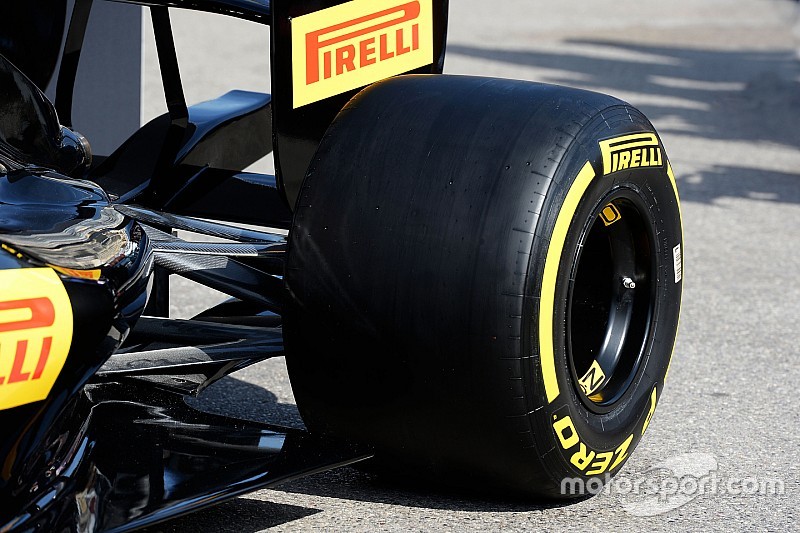 Next year's tyres will also be heavier, and are expected to provide a significant improvement in laptimes.

Although the tyres have not yet been tested on track, Pirelli chairman Marco Tronchetti Provera they will be great for F1.

"They look powerful. They give the sense of power. The first test made in the wind tunnel they are proving that the outcome can be amazing," said Provera.

Provera says the new tyres are a "very attractive" challenge for the Italian manufacturer, which has supplied F1 teams with tyres since the 2011 season.

"It's a major change. Technologically speaking it's very attractive for us," Provera added.

"People are very much involved and willing to deliver the best possible performance and I think these tyres can provide an amazing result, because to improve some tenths of a second you have to do a lot of things on the car and the engine.

"These tyres, we can improve by seconds, which shows you the importance of the tyres. We are the only piece that touches the ground."

Analysis: How Mercedes has one-upped rivals in pitlane data-sharing