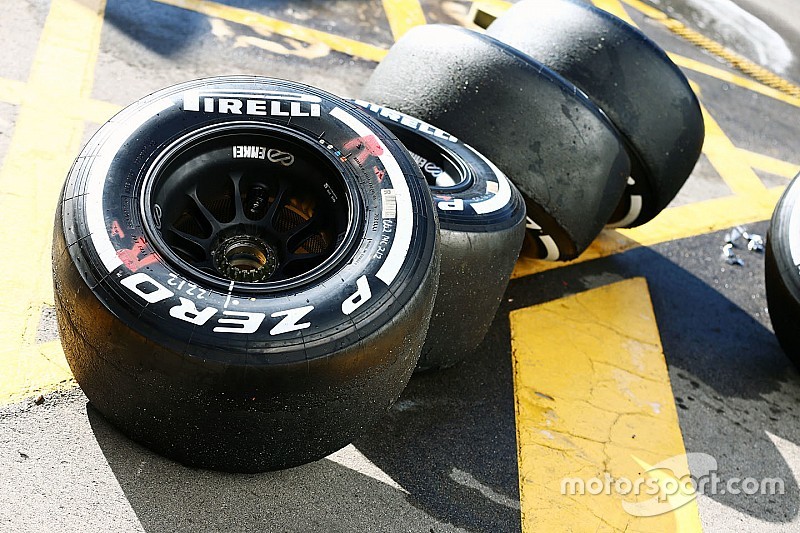 Pirelli has released its wind tunnel tyres to Formula 1 teams in a move which will allow them to push on unhindered with their 2017 designs.

With Pirelli's official contract to be F1's tyre supplier from 2017 to 2019 still not signed off by the FIA, the Italian company had been reluctant to release the wind tunnel designs in case of any last minute issues.

Pirelli motorsport boss Paul Hembery had said in Bahrain: “We will provide the wind tunnel tyres when the agreement has been signed by the FIA.”

However, with the contract and plans to sort out a 2017 testing programme now close to being finalised, sources have revealed that Pirelli has, as a gesture to teams, decided to distribute the tyres.

Pirelli is hoping that the FIA contract can be sorted out imminently, but is equally eager to ensure that the testing plans get finalised as a matter of urgency.

It hopes to be able to get hold of a V8-powered car to begin early evaluation work on 2017 tyre designs, prior to running a more updated chassis later in the year.

Speaking earlier this month, Hembery made it clear that there are now time pressures to get the testing situation finalised – and agreement will need to be in place in the next few weeks if Pirelli is going to be able to provide 2017 tyres.

"In practice, we are at the limit already," he told Motorsport.com. "There are only six months of work left in order to study and implement the whole thing, and it's not easy.

"The teams want a perfect tyre but week after week it is becoming less and less feasible. Our deadline is [the end of] April.

"If we can not work as we want, it becomes impossible to deliver what is required of us. We do not want to put our name at risk for the sake of not having the tests nor information necessary to do a good job.

"We have already seen that if then there are problems, then it is our fault."