Pirelli says it hasn't needed to alter its Formula 1 tyres for the demands of the Zandvoort banking ahead of the Dutch Grand Prix thanks to the current construction of the rubber.

When the Dutch GP was first put on the 2020 calendar and plans for the track revisions were confirmed, Pirelli considered making a special tyre to cope with the extra high loadings that were expected.

Banking has been an issue for F1 tyres in the past, most notably with the Michelin failures at the 2005 US GP at Indianapolis that led to cars using the French products not starting the race.

However, Pirelli F1 boss Mario Isola says that changes to the construction of all the company's tyres for 2020 and 2021 meant that there was no need to make a special version for Zandvoort.

"At the beginning of 2020, when Zandvoort was in the calendar for the first time, we had a very preliminary simulation," Isola said.

"The teams were not sure about what was going to happen. The track was not finalised yet, they were working on the two corners and most of the circuit.

"And now I believe we have much better information and we have a better product. So for these two reasons, we don't need to have any different construction in Zandvoort." 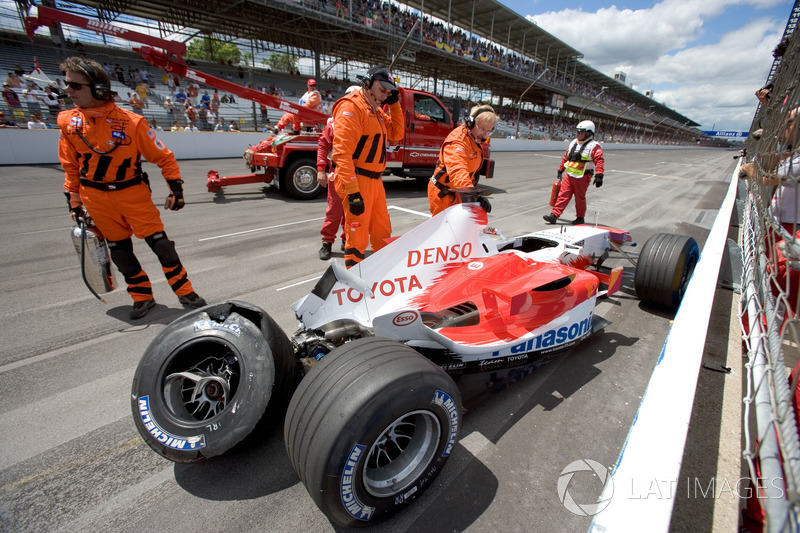 Pirelli has brought its three hardest compounds to Zandvoort, namely the C1, C2 and C3.

Isola admits that the track, with its 18-degree banked final corner, still provides a different challenge, but says there are other circuits that are more demanding on the tyres.

"That is what we have seen from simulations, it is clear that the tyres in the two corners with banking are loaded more compared to a flat corner. But then we see the absolute numbers, and we have other circuits with such level of severity.

"So, for example we have Silverstone that is more severe, we have also Spa that is more severe. The corners with banking are only two, let's say one and a half, because one is very, very short. So it's affecting the prescription, but not completely making a revolution of that."

Isola conceded that prior to this weekend, Pirelli had relatively limited information on the track surface.

"We have very little data honestly on that. It's also difficult when we have new circuits to send the engineers and measure the truck roughness because of the COVID restrictions.

"When we travel with F1 for an event, we have some exemptions, but when we travel by ourselves to make additional measurements, we don't have the same, so it's really hard to get data in advance."