Pirelli has "room for improvement" with 2017 wet tyres - Horner 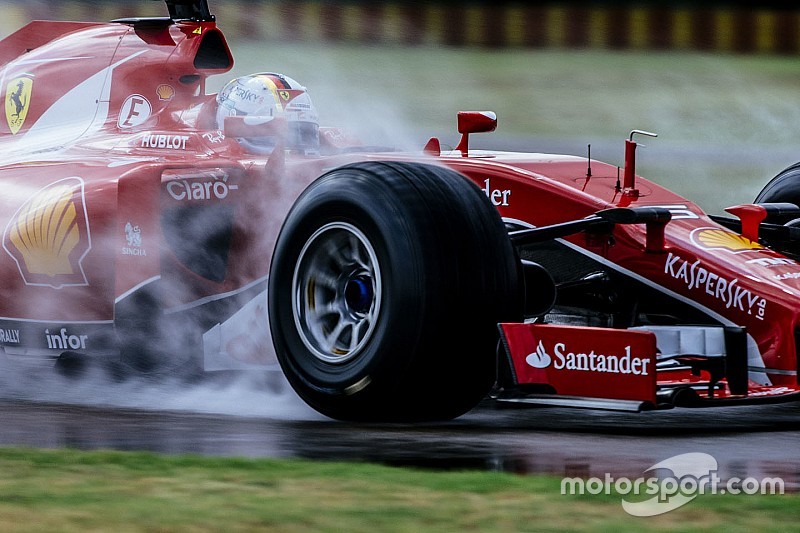 Red Bull boss Christian Horner thinks Formula 1 tyre supplier Pirelli still has room for improvement with its 2017 wet tyres, the issue having returned to the spotlight after the Brazilian Grand Prix.

The problems that drivers had with aquaplaning at Interlagos last weekend left many of them convinced that the extreme rubber needed more work, as Kimi Raikkonen suggested that the wet tyres were worse now than they were 10 years ago.

The situation is further exacerbated by Pirelli’s intermediate being very quick in wet conditions, which encourages drivers to switch to it even when there is too much water on the track for anything other than a full wet tyre.

Pirelli has been working on making specific improvements to its wet weather range for 2017, with Ferrari, Red Bull and Mercedes having conducted tests in simulated rain conditions.

Red Bull helped with a wet weather tyre test at Paul Ricard at the start of the year, and again worked on the rain tyres during a test at Abu Dhabi earlier this month.

And although the tests are conducted blind so the teams do not know exactly what they are testing, there was enough feedback to suggest that more work was needed.

When asked if F1’s struggles to race in the wet could be eased by making the extreme wet tyre better, Horner said: “I think it would certainly help.

“I think the extreme tyre, you could see that the drivers were having issues with aquaplaning on the extreme more than the inter. Kimi [Raikkonen] crashed in front of us on the extreme, while [Marcus] Ericsson was on the inters.

“We conducted some wet testing for Pirelli at the beginning of the year to try to help, and it seems like there's still room for improvement on the extreme conditions.”

Horner said he hoped, however, that the increase in downforce coming for 2017 would help matters too as he urged F1 to investigate why the current cars had difficulties coping with heavy rain.

“It's certainly something to look at, but hopefully with a bit more downforce next year that will only help.”

Tech analysis: Is Mercedes doing enough to stay ahead in 2017?