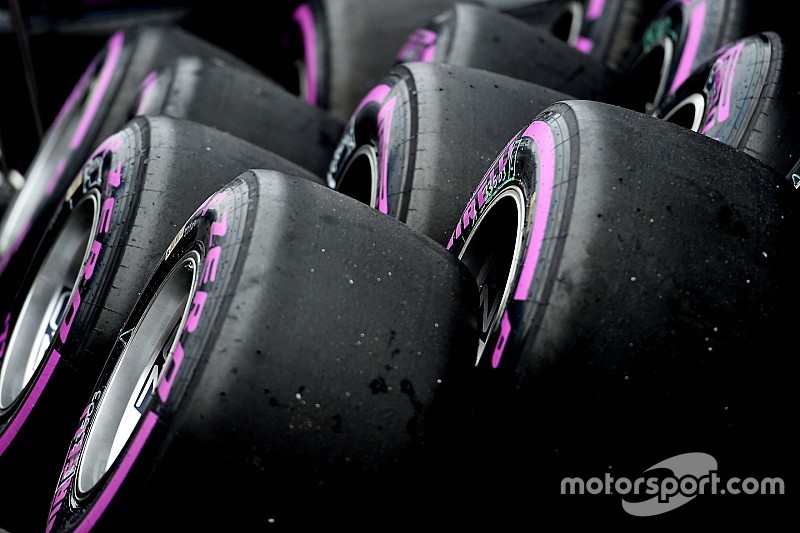 Pirelli boss Paul Hembery admits that the tyre company is concerned about Baku's long straights potentially generating a standing wave issue, which, in an extreme case, could lead to failures.

Standing waves can become a threat to the integrity of tyres under certain combinations of high speeds and cornering forces.

They created the problems suffered by Michelin at the 2005 US GP, and again became a talking point after last year's Belgian GP, where Sebastian Vettel suffered a failure.

That led to stricter monitoring of temperatures and pressures by the FIA and Pirelli.

Baku features a series of straights, and the unprecedented long run from the high-speed kinks at Turns 17-20 and back to the pits represents an unusual challenge for Pirelli.

"Long straights can create standing wave issues," Hembery told Motorsport.com. "It seems to be a circuit that shouldn't be too dramatic, but it has that straight, so we have to be very careful on that in terms of what's going on with the standing wave management.

"If you go to a new circuit, it can throw up some surprises. The tendency to new circuits in recent years is smooth surfaces with very low levels of wear, but there is quite an aggressive straight and standing wave is something we have to manage, so there is an aspect of tyre integrity that we have to monitor well."

Meanwhile, some F1 insiders have also expressed concerns about an area of temporary tarmac which has been laid over cobblestones, and there are fears that the high 32-34C temperatures expected over the weekend could lead to the track breaking up.

"These things, you have to check them, because sometimes they do appear banal, until you actually get into them.

"A temporary surface, if it does start breaking up, you have a major issue, because repairing it is a major issue.

"That's something that needs to be monitored and needs checking. In fact, Singapore's got something similar. We go over some paving this year where they've slightly changed the routing of the circuit."