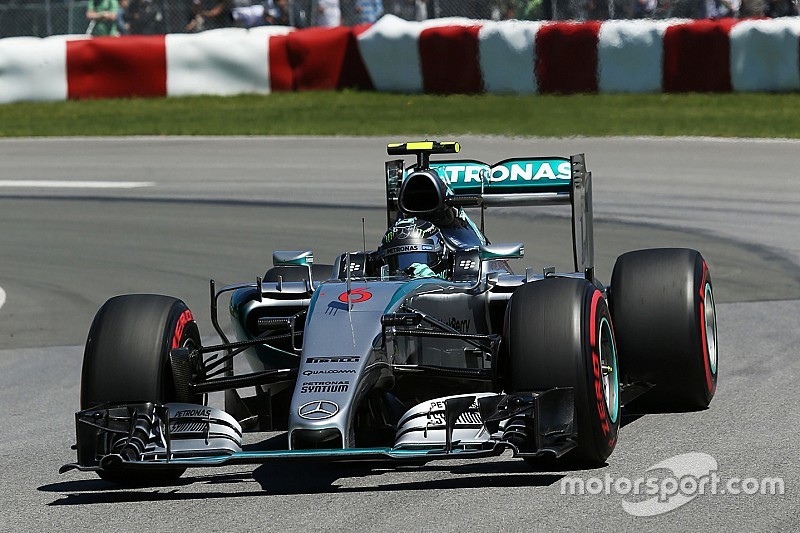 Pirelli has played down the significance of Nico Rosberg's 'bad' set of tyres from Canadian Grand Prix qualifying, insisting that any differences are minimal.

Rosberg suggested that his hopes of beating team-mate Lewis Hamilton to pole position in Montreal were wrecked when he made the wrong set-up change in response to handling characteristics on his first set.

His Mercedes team, which carefully measures every set of tyres it uses, suggested that the first Q3 had worse 'uniformity' than the set he would use for his second run.

Pirelli insists, however, that the differences between tyres has been overblown and that other factors under the team's control – including tyre pressures and weight balancing – will likely have a bigger impact on performance.

Speaking to Motorsport.com, Pirelli motorsport director Paul Hembery said: "I think there are some minor variations, like with weight, but that is in the nature of the production. The variation level for the product we make is extremely low.

"The level of laboratory testing and chemical characteristics of the tyre are extensive and certainly for any testing we have ever done or anything we have seen in F1 we operate to very precise levels.

"However, for something as precise as F1, I am sure that every millimetre counts in terms of the shape and form – and that is something that could affect the teams."

Rosberg said after qualifying in Canada that it was amazing how tiny differences like tyre uniformity could manifest themselves in impacting form in qualifying.

Hembery concurred that such was the level of detail that teams were operating to now that it was a fact of life that teams had to evaluate a product that moves around like a tyre.

"Tyres are made of rubber and reinforcement materials – they are not made out of a stable material from that point of view," he said.

"They are not made out of something solid like metal – but of course the preparation processes we have are very precise.

"As soon as you start putting air in them and inflating them, then of course there are some natural variations."