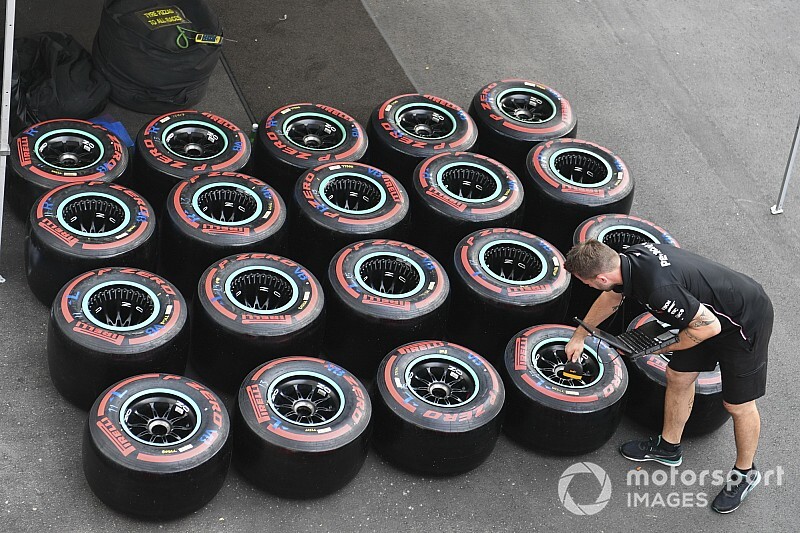 The FIA World Motor Sport Council has formally approved the contentious extra Pirelli 2020 tyre test to be run at Barcelona on October 7-8th.

Mercedes, Ferrari and Red Bull have all offered to take part in the test and, in conjunction with the FIA, Pirelli now has to decide which teams will do it, having indicated that it might be possible for all three to run.

The Spanish circuit was originally booked by Pirelli for 18-inch F2 running.

Pirelli had requested the extra test in order to prove its latest 2020 constructions on a high severity circuit, having completed its last planned running for next year's tyres with Mercedes at Paul Ricard earlier this month.

However, the testing schedule is part of the sporting regulations, and a change was required in order to allow the test to happen.

In theory at this stage – with the April 30th rules deadline having long passed – any such change would require the unanimous support of the teams.

Some were opposed on the basis that any team taking part would have an advantage by gaining extra knowledge of next year's tyres, despite it being a blind test with the results subsequently shared with all teams.

However, unusually on this occasion the FIA accepted that a 70% positive vote would be sufficient, and having achieved that the change was sent to the World Council for approval.

Speaking before that approval was confirmed, Pirelli F1 boss Mario Isola made it clear that the Italian company sees the extra running as essential.

"When we started to develop the 2020 product we were basing our development on the old target letter," he said.

"We were developing a new construction, a new profile, with different targets in mind, but not with a strong push to reduce again the overheating.

"When we started this the season the current product already reduced the overheating compared to last year, but then talking to the drivers they said we want another step in overheating reduction.

"Then there was all this discussion about the working window of the tyre. We had to modify out development programme to try to achieve these targets. At that point it was very, very late.

"If we want to do something more in the direction that I just mentioned we have to consider an additional test on a high severity circuit to sign off the product also on the hard and medium, the C1 and C2 compounds. Otherwise we miss this information, obviously.

"With the compounds we tested in Paul Ricard, it looks like we're going in the right direction, but we needed to complete the range. In Paul Ricard you can develop the C3 and C4 and maybe C5, but for sure not the C1 and C2. You require a circuit with different characteristics.

"We run tests to confirm what we believe we are designing. We need track testing to confirm and validate the solutions that we have in mind.

"But it's not guaranteed – I cannot sign here that what we are going to test in Barcelona is what we expect. We run the test, we we evaluate the result, and we will take a decision."

The Singapore GP as it happened