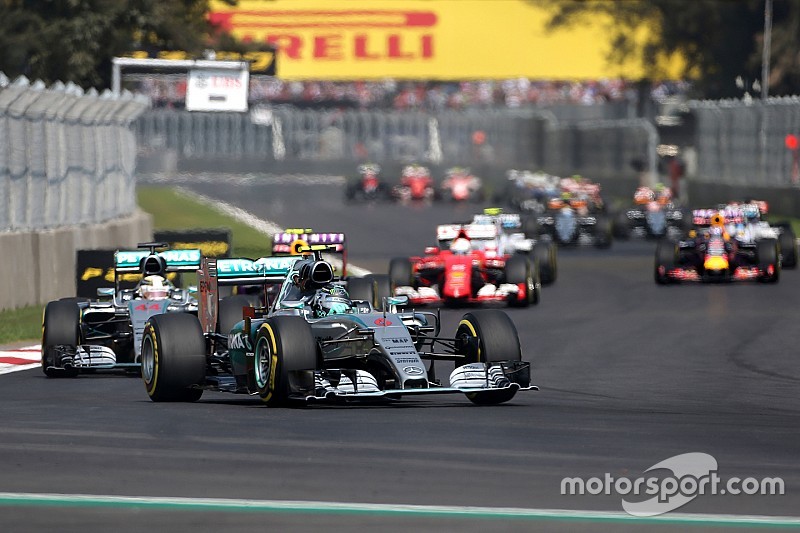 Pirelli motorsport boss Paul Hembery says Formula 1 cars will still be some five seconds quicker by 2017, despite the expected abandonment of plans for downforce gains.

As reported earlier this week, plans for a major overhaul of aero rules to make the cars much faster by 2017 are set to be scrapped, as both Mercedes and Pirelli had expressed concerns about the load that the extra downforce would place on the tyres.

Hembery says Pirelli could produce a tyre that would be able to handle the added load, but he warns that would change its behaviour quite significantly - to the potential detriment of the racing.

"We can make a tyre to resist any load you want, but it won't be the same tyre we use today," Hembery said at the Autosport International show on Thursday.

"So if you want 50, 60 percent higher load with aero, you're not going to have the type of tyre we've had the last few seasons.

"The indication we've given is, if you want to keep the normality of what we've been used to in F1, there are limitations to the loads you can use."

However, the Briton is convinced the combination of wider tyres and wider cars set to be introduced in 2017 will make up for the lack of added downforce in a more natural way.

"There's going to be natural evolution from 2015 to 2017 anyway with development," he added. "Add in wider tyres and wider chassis, you're going to be four to five seconds quicker."

Hembery also cautioned that F1 should consider carefully whether it wants increases in lap time to come purely through cornering speeds, as has been proposed.

"A lot of [the gain] is going to be cornering, as you'll have more drag in a straight line with wider tyres, and that's a huge change," he explained.

"I recall when we came into the sport, Ross Brawn was head of the tyre working group.

"One of his first points was: 'We don't want to be quicker round corners'. So when we're asked to go quicker in corners, that's something we need to be very careful about.

"People need to realise the performance of F1 cars is already very high, and that five seconds is a huge change. We need to be sure we're going in the right direction."

Fan access debate: Does F1 need to learn from the World Endurance Championship?

Insight: Why signing Jost Capito as new F1 boss is the right move for McLaren