Pirelli could produce up to eight different Formula 1 tyre compounds in 2018 instead of the five it has used up to now, in order to provide greater flexibility. 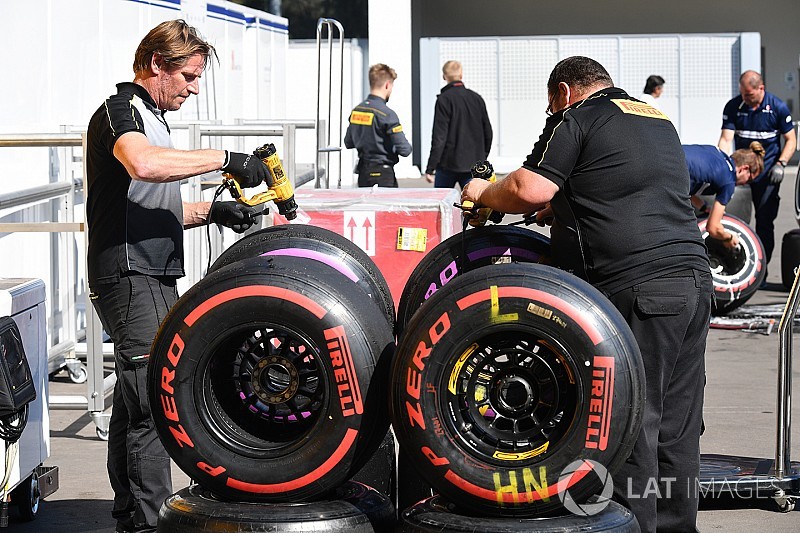 A final decision will be made after the last development test for next season's tyres, with McLaren drivers Stoffel Vandoorne and Lando Norris running at Interlagos next week.

Pirelli wants to expand its range in order to ensure that teams can choose from three viable tyres at every event.

In many races this season the harder of the three available compounds was barely used over a weekend, reducing strategic variety.

"We have to test some other compounds here, and this will give us the final decision on the compound range," said Pirelli F1 boss Mario Isola.

"After this test we will have all the information, if it is not raining obviously, to define the range for next year.

"We don't know how many yet, but the idea is we need more flexibility to have choices that are more centred, so we have three compounds that are all usable at each event. So we are in the process of fixing the product for next year."

Isola said the final size of the range is still open for debate.

"It's in between five and eight. It could be more. It's not because I don't want to tell you what is the number.

"Five is the number we had this year. It's also true that the hard compound was never used – it was used in Barcelona, then we decided not to use it again.

"Next year, moving one step on the soft side, we will have a range that is more usable, including the [new] hard, so we'll have five compounds that are usable.

"To have more flexibility we want to increase this range, and this is the reason why probably we are going to homologate more than five.

"We can homologate 50, but then it becomes a bit tricky to make the choice.

"If you exaggerate the number it looks like you are confused, so we need to choose a number that is enough to give us the flexibility – not too big."

There are no plans to change the current system of compound names and colours, so new ones will have to be created to plug the gaps – and Pirelli is still open to ideas.

"Giving different names to the tyres is a bit losing the tradition, losing what we had in the last seven years," Isola added.

"Now people have in mind that the supersoft is red, that the soft is yellow, and so on. It would be a pity to lose this association between names and colours. Obviously if we have to expand the range we will need to consider different levels.

All 10 teams will have a chance to test Pirelli's revised 2018 range at the tyre test that follows the Abu Dhabi GP.