Pirelli Formula 1 boss Mario Isola has defended the company’s 2021 tyres as drivers voiced criticism after running them in practice in Bahrain on Friday. 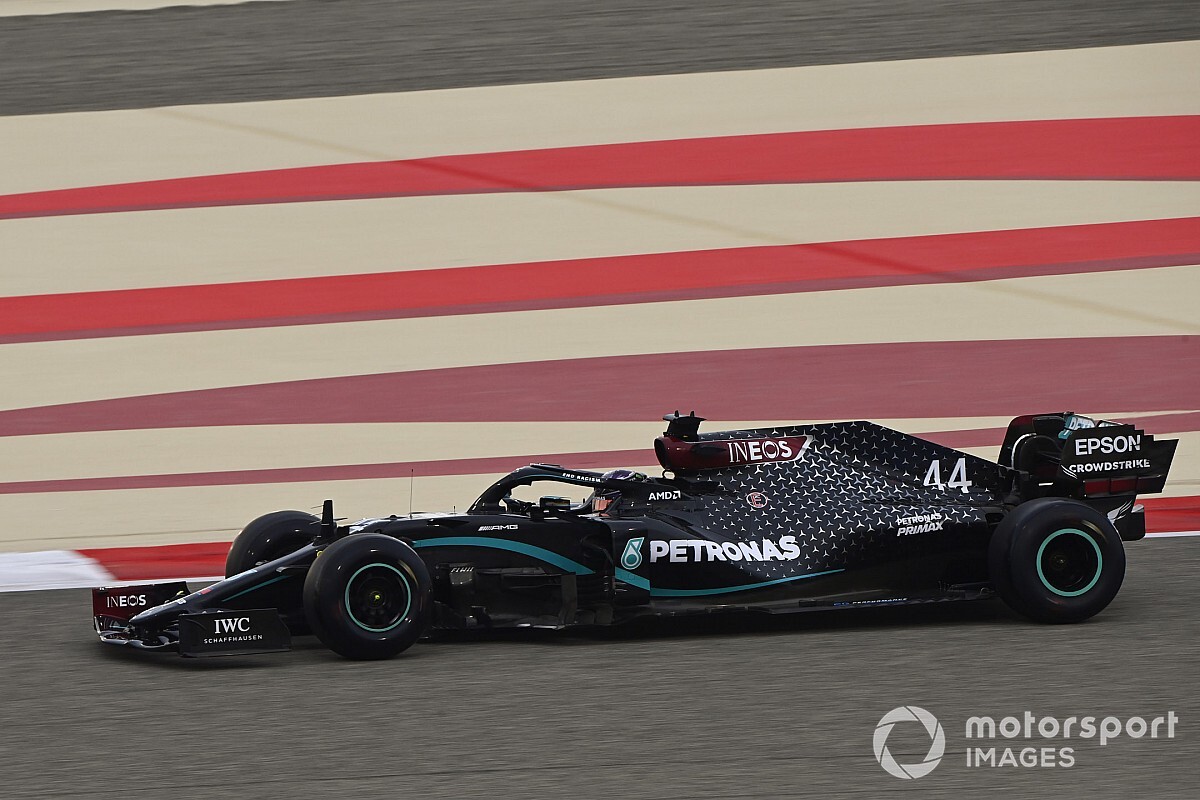 Isola insists there is “no reason” not to pursue the plan to introduce the new tyres, despite world champions Lewis Hamilton and Sebastian Vettel suggesting that the current construction should be kept for a third season.

All teams ran the new tyres, which feature a new and more robust construction designed to deal with rising downforce levels, in FP1 and FP2 in Sakhir.

At the end of the day’s running feedback from drivers was universally negative, with Hamilton pointing out that they were a second slower than the regular tyres.

One of the main issues was that the tyres were run within a normal race weekend, on cars that were optimised for the current constructions, and with minimal changes of set-up.

The wider front construction also has an aerodynamic impact, which is why some teams ran with rakes fitted in FP1 in order to assess the change.

“We discussed the introduction of the new tyre, together with the teams and together with the FIA, we explained the reason behind that, and we got the homologation from the FIA,” said Isola when asked by Motorsport.com if it was still possible to keep the current tyres.

“And we took the opportunity to give the new specification to the teams in order to collect data and to have useful information on the tyres.

“This is why I don't think there is a reason to go back to the previous tyre. There is always a discussion, if I look back, every time we try to introduce something new, how can I say, some people are not happy.

“But there is a sort of natural resistance to changes in F1, and that's part of the job. I think that we have a specification that is an improvement, and there is no reason why we shouldn't introduce it next year.”

Isola said he wanted more details about what the drivers are not happy with.

Isola stressed that it was inevitable that drivers would not feel comfortable with the new tyres fitted to cars that were designed around the current tyres.

“I can understand that, because I consider that they are running on cars that have been optimised on the current tyre since two years now, because they are the same tyre that they use in 2019," he said.

“So they have a level of confidence, of preparation, and they are able to set up the car with the current tyre that obviously it's the end of the life cycle. And every time that you propose a new tyre, there is some criticism, there is a change in balance.

“For example, I heard the comment, I believe it was a team radio from [Max] Verstappen, saying that he was feeling some understeer.

"We warned the teams that with the new construction, they can have more understeer, and we invited the teams to correct the set-up in order to re-balance the car. This is obviously something they will do next year.

"I'm sure that they will find the way to balance the car, and to extract the performance from the 2021 tyres next year.”

Isola pointed out that improved performance was not the target for the new tyres, and that in any case the Bahrain running was not representative, as it was a test for the teams.

“They have been focussed today mainly in collecting data, rather than extracting the performance from the tyre. And the driver feels the performance, not other elements," he said.

“This morning was important for the teams to collect aero data, we saw some teams with the rack to collect that data, because the front profile is different.

“We decided not to change the rear profile to avoid changes in the design of the floor. But the front profile is different. And for sure, it needs some adaptation. They have to adapt the car a little bit to the new product.”