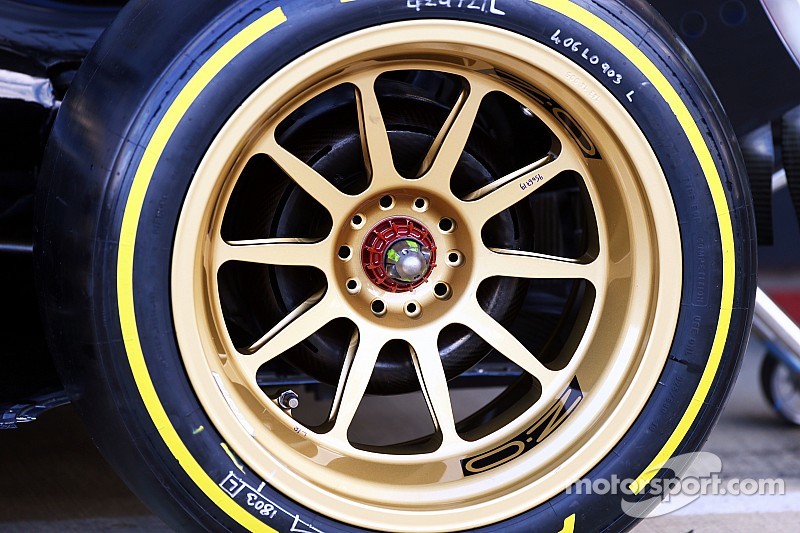 Pirelli is continuing work on an 18-inch tyre project, with a private GP2 test at Barcelona in Spain taking place on Friday.

Talks are ongoing about a future direction for Formula 1 tyre specification after Pirelli’s current contract ends in 2016, and thoughts are being given to a change of dimension.

As well as an idea gathering momentum for there to be wider rear tyres, Pirelli has been considering whether or not a move to a lower profile type, with an 18-inch diameter wheel, would be beneficial.

Last year it conducted a test with Lotus at the post-British Grand Prix test at Silverstone, and work has been continuing.

However, it is more likely F1 will stick with the current 13-inch specification because of the cost implications to teams of changing to a different wheel size.

It is understood such concerns were expressed in the F1 Strategy Group meeting on Thursday.

The test at Barcelona is being conducted with a GP2 car, and part of the data gathering will be whether or not 18-inch tyres could be used outside of F1 instead.

A change of tyres could be based around the arrival of a new specification GP2 car that is due within the next few years.