Subscribe
Previous / How Fangio set the bar for Schumacher and Hamilton in F1 Next / How F1 wheel rim covers work, why they were banned and why they’re back
Formula 1 News

Formula 2 champion Oscar Piastri doesn't believe 2022 will be a wasted year as he is set to spend the season on the sidelines as Alpine's reserve driver.

Piastri took a convincing F2 title in 2021 as a rookie, his third straight title in three years after previously conquering FIA F3 and the Formula Renault Eurocup.

But despite being tipped as one of the hottest talents to come through the ranks in recent years, the 20-year-old Australian will spend the 2022 season without a race seat after seeing his pathway to an F1 seat blocked.

Instead, the Alpine academy graduate will act as the Enstone team's official reserve driver, splitting duties between the simulator and travelling to the majority of the races.

But Piastri, who says he "wouldn't 100% rule out" a one-off race appearance but "highly doubts" he'll do a full season, says 2022 won't be a wasted year as he is set to absorb a huge amount of information by observing and working with Alpine's race drivers Fernando Alonso and Esteban Ocon.

"I definitely don't think it will be a wasted year," Piastri replied when asked by Motorsport.com on how he approaches his 2022 programme, which draws parallels with Ocon's time as a reserve driver at Mercedes before becoming an established race driver at Alpine.

"It goes without saying that I would have loved to have been on the grid, of course. But a lot of the things I can pick up next year, like the travelling schedule of an F1 season, having to adapt to that without the pressure of having to actually drive is quite beneficial, I guess.

"And listening to Fernando and Esteban also with a new car for next year, I can listen to how the car's developing and with all my work in the sim I can try and contribute to that." 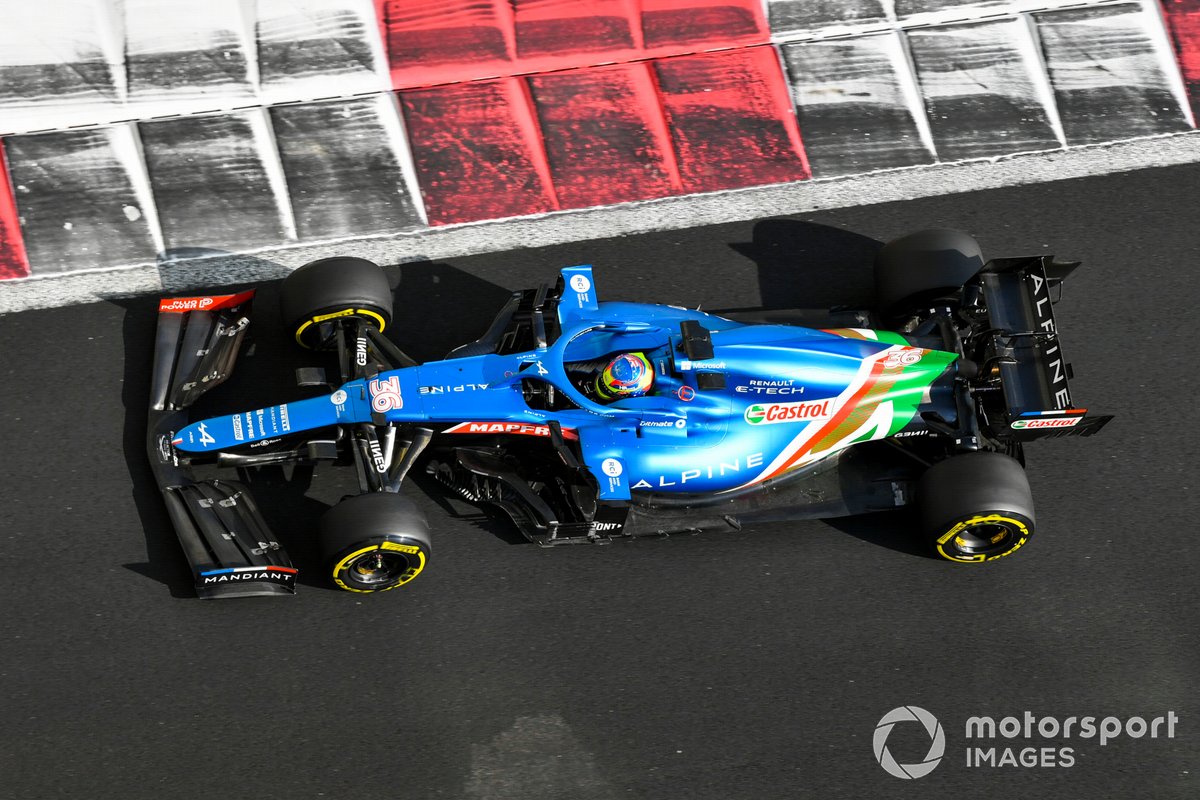 Piastri, who is set the test the 2021 Alpine car at various points across the season as a preparation for a full-time seat, acknowledged he doesn't have to be in the car to become a more rounded driver and learn to work with engineers at a Formula 1 level of detail.

"There's a lot of other things outside of driving that make a successful F1 driver," he explained.

"Next year one of the main parts of my role next year is to learn as much as I can off Fernando and Esteban. Just listening to the way they go about things, the way they make suggestions to the engineers; the amount of capacity they have left to think about ideas and what to change on the car outside of just driving is impressive.

"And I think that's the kind of stuff that I can take forward. That I don't need to be physically driving for. That's definitely going to be an important part in the next year."