Drivers will find the physical demands of racing a Formula 1 car again "a challenge" once track action resumes next month, according to Lando Norris. 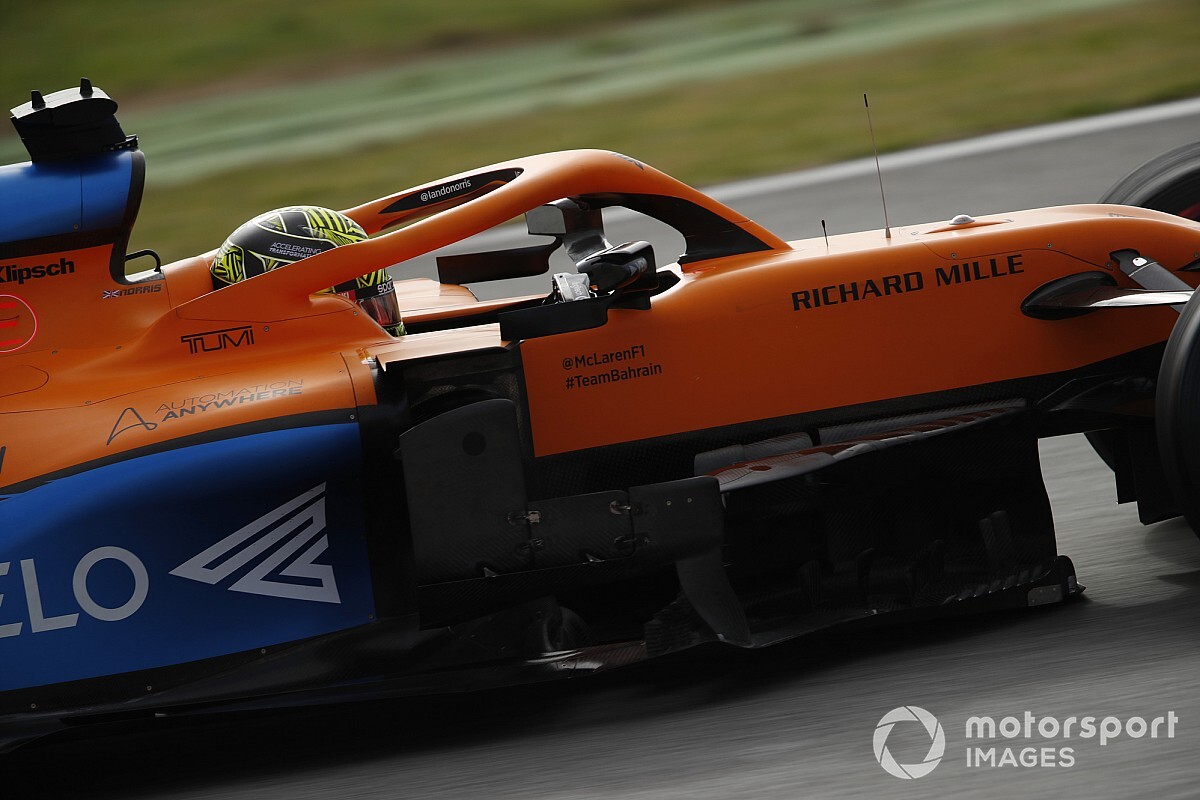 An eight-race European calendar has so far been confirmed following the coronavirus pandemic which will take place across 10 weekends with potentially more races - either as flyaways and/or again in Europe - also added later in the year.

Norris believes that while drivers will get up to speed with their machines within a handful of laps, the forces being placed on their bodies again could prove the greater challenge especially across such a condensed schedule.

"It's not going to be easy for all of the drivers but I think we're all very good at what we do and I don't think it would take us too long, probably laps really, to get back in the hang of really how to drive the car," the McLaren driver told Motorsport.com.

"But putting the body straight into a triple-header, physically, is probably going to be a bigger challenge jumping in than actually getting up to speed with the car.

"I think that's going to be the bigger challenge for the drivers because as much training as you do and as much as I've been doing and a lot of drivers I'm sure have been doing, driving a race car, just the forces it puts you under and how it puts you under those forces is very different and you can't really replicate them in a lot of ways.

"You can do all the training you want but it's still abnormal for the body to go and start pulling five, six Gs around corners and going over the bumps. I think that's going to be a challenge."

While Mercedes drivers Lewis Hamilton and Valtteri Bottas tested a two-year-old W09 car at Silverstone earlier this week in preparation for a return to action, Norris will be unable to do the same in a McLaren owing to the team's recent changes in power unit supplier.

Instead, the 20-year-old Brit got behind the wheel of a Euroformula Open car last week with Carlin at Silverstone in order to get back up to speed. Despite being different to an F1 car Norris admitted it was helpful ahead of the 2020 campaign.

"The weather wasn't great which is the only thing especially after how nice it's been in the UK," he said.

"This was our first day back driving and it was drizzling all day, it was horrible but I wasn't complaining, I think it was good fun, it was nice to be back driving a real car again.

"A bit weird at first with the sounds and the feeling and the vibration of everything, obviously after driving on the simulator so much it kind of felt weird to then jump in a real car but after two laps really, two to three laps, it felt more normal again and it was good to be back."

Why the necessary axing of an F1 icon is painful nevertheless