Subscribe
Previous / ‘We got quite crazy with it’: Inside Formula 1’s driver chess club Next / Mazepin gives himself 4 out of 5 for sticking through first F1 season
Formula 1 News

Sergio Perez says his Red Bull Racing Formula 1 teammate and 2021 world champion Max Verstappen has pushed him to raise his level this year.

Having switched from his long-time home at Racing Point, Perez struggled for much of the 2021 season to get fully up to speed with the RB16B.

A win in Baku in June was a major boost, and he logged four third places on his way to securing fourth in the points table.

However, new world champion Verstappen outscored him by 395.5 points to 190.

In the Abu Dhabi finale Perez was able to play a supporting role by holding up Lewis Hamilton, allowing Verstappen to close the gap to the Mercedes driver, before making his tyre stop.

A grateful Verstappen subsequently called the Mexican "a legend" in a radio message to the pit wall.

"Very intense," said Perez when asked by Motorsport.com to sum up his season. "It's been extremely intensive. A lot of work has been done behind the scenes, a lot of pressure.

"When you are at Red Bull Racing the pressure is on and everyone is watching you, what you do and you guys are obviously a lot harder to a Red Bull driver, which is very understandable.

"But it hasn't been easy, but it has brought me onto another level, and having Max as a teammate it really pushes you to new levels. I'm enjoying it a lot at this point of my career, I'm very happy, and that's the most important." 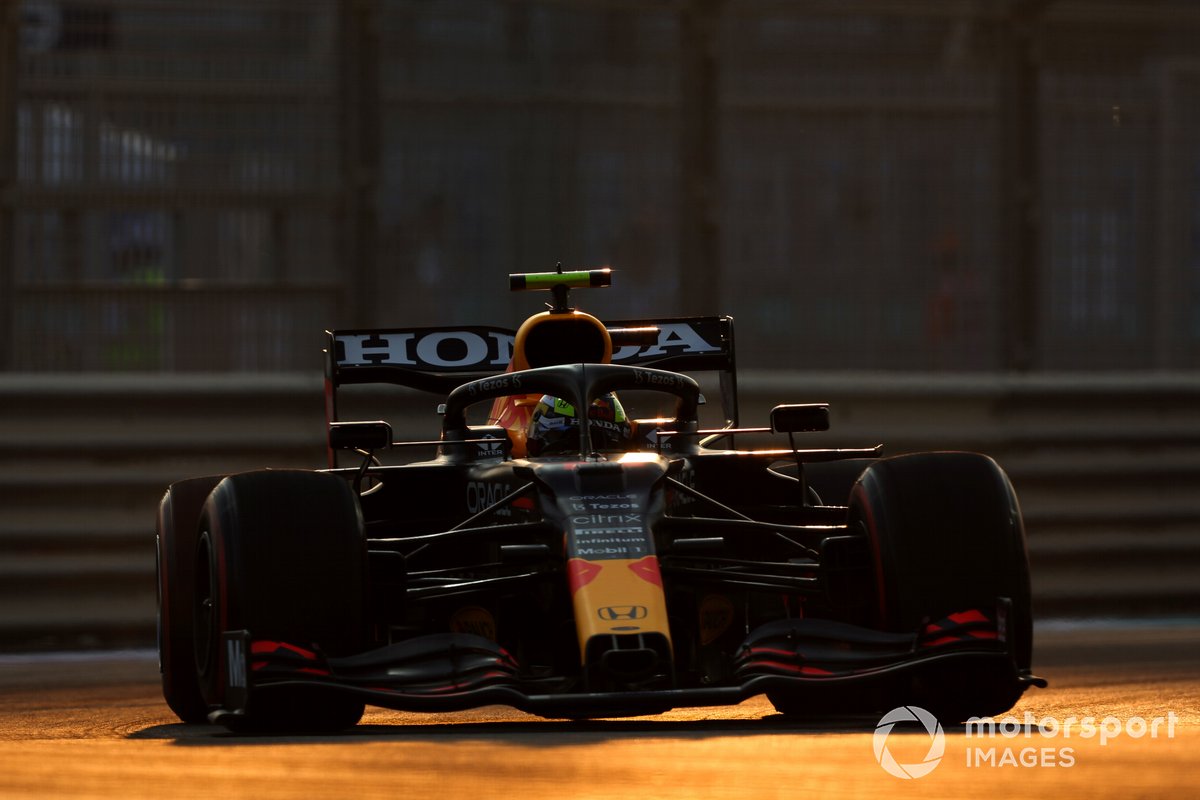 Asked to assess his teammate's performance, Perez made it clear that Verstappen is strong in all areas.

"He's very complete, experienced. I mean, the season he has done I think it's been legend, you know, it's really impressive, and big praise to him. He's really at one with the car."

Perez admits he has to raise his level again in 2022, particularly noting that he "just lacked the consistency" in 2021.

"When you are out of position and so on... I think the main thing I lacked was consistency to constantly be at 100% with the car," Perez said.

"I have to raise my game for next year. And yeah, hopefully, we are all able to go forward."

Perez said Verstappen's title success meant a lot to him: "Honestly it does, because Max has been a great team mate since day one to me, and the team has been fantastic to me. And I was in a position to support my team mate.

"I'm extremely happy for everyone. You know, it's a shame at the end, we didn't get the constructors', but I think it was just a couple of points at the end. And some bad luck here and there. But I look forward to next year."

‘We got quite crazy with it’: Inside Formula 1’s driver chess club