The Mexican driver led the early laps in Baku after beating polesitter Charles Leclerc off the line, but struggled to match the race pace of Verstappen after the first virtual safety car periods.

Perez suffered a similar dip in pace after a second virtual safety car period when Kevin Magnussen stopped on track for Haas, which led him to accept it was the “right call” not to fight Verstappen for victory.

“I need to understand it, right now it didn’t feel like I was hitting the tyres hard at the time [on the first stint], it was right up to the virtual safety car where we lost the pace,” Perez said.

“I am sure it is something related to it, we probably lost a bit of temperature on those tyres at that time, with some wear, so we have to understand that and what happened.” 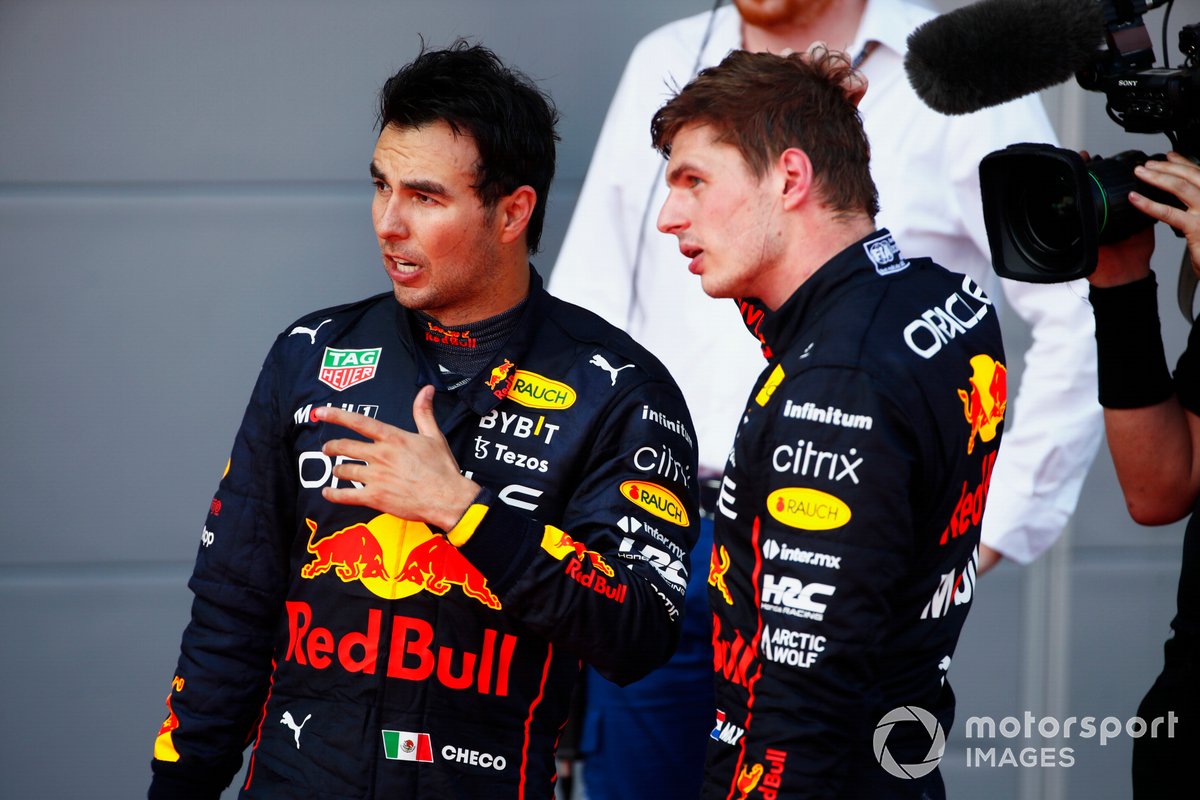 Perez lost the lead to Verstappen at the start of lap 15 when his teammate passed him into Turn 1, but the Mexican was unable to respond for the rest of the race and finished 20.8s off the win in second place.

“With Max, he was clearly a lot faster at that stage of the race so it was the right call not to fight as I didn’t have any pace at the time. So Max deserved to be ahead at that point,” he said.

“We also boxed too late [under the first virtual safety car] so there were a few things that played into the result today. But at the end of the day Max deserved the win because he was the faster car.”

Perez is also searching for answers about why Red Bull didn’t pit him under the first virtual safety car period to cover off Ferrari pitting Leclerc which he put down to “miscommunication” within the Red Bull team. The early stop gave Leclerc a net lead once both Red Bulls had stopped, but his advantage at the front lasted for one lap before he retired due to engine failure.

“So there are a few things to understand from that today. Certainly today Max was quite a lot stronger in that phase of the race. It was mainly about bringing it home after the Ferrari issue.”

Perez was still able to pick up the bonus point for fastest lap later in the race, along with finishing runner-up to Verstappen, and moves up to second place in the F1 world drivers’ standings above Leclerc, 21 points behind his Red Bull teammate.