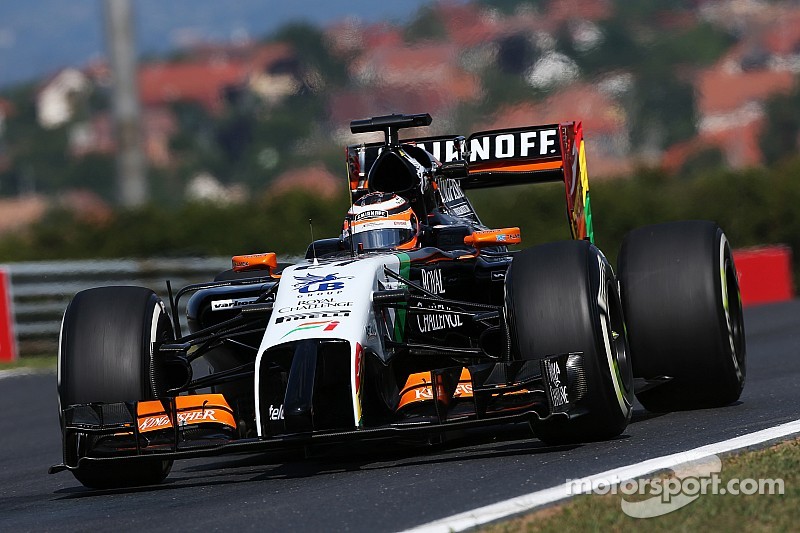 The pair looks set to be retained by the Silverstone based team for 2015.

Sergio Perez has singled out Nico Hulkenberg as "the strongest teammate I've had in Formula One".

Having moved from McLaren after a disappointing single season with the struggling British giant, Mexican Perez switched to Force India and was paired for 2014 with Sauber refugee Hulkenberg.

"Nico is the strongest teammate I've had in Formula One," Perez is quoted by Speed Week. "He is an almost totally complete driver."

Perez, 24, was paired at Sauber with Pedro de la Rosa and Kamui Kobayashi, and at McLaren by 2009 world champion Jenson Button.

This year at Force India, he has 29 points so far versus German Hulkenberg's 69.

The pair looks set to be retained by the Silverstone based team for 2015.

"I hope things will be clearer in the next couple of months," Perez was quoted by the Indian news agency PTI at the recent Hungarian Grand Prix.

Team supremo Vijay Mallya said in Budapest that he has contract "options" on both Hulkenberg and Perez for 2015 "and I see no reason why we should be looking at any change".

And the Indian millionaire told F1's official website: "The fact that McLaren chose him (Perez) means that they saw something in him - and McLaren is a top team.

"So he obviously has a talent - and we should have him. And we are very happy with him," Mallya added.