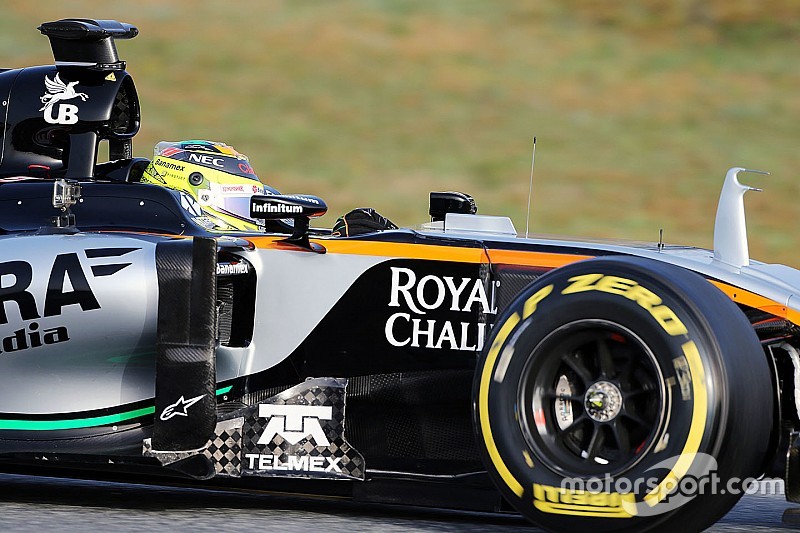 Sergio Perez reckons 2016 will be a "big year" for Force India as he believes the team has taken a major step forward with its new F1 car.

The Silverstone-based team enjoyed its strongest season yet in F1 last year, finishing in fifth place in the standings with 136 points scored.

After testing the new VJM09 today in Barcelona for the first time, Perez is convinced that Force India "is in the mix".

When asked whether Force India could be third-quickest behind Mercedes and Ferrari, he said: "I hope so, but I don't really know.

"You have Mercedes, I think they are the quickest team, and I hope we can be in the mix for the top five.

"That would be great. I think we have a big year ahead of us."

He added: "If you compare us now to where we were last year, it's a couple of seconds difference already. We managed to improve a lot throughout last year, so the starting point is pretty strong.

"The car is performing well, we have improved the rear quite a bit, and mechanically we have more tools."

Perez's first run in the car yielded third place behind Ferrari's Sebastian Vettel and Daniel Ricciardo in the Red Bull.

"Very good, very positive," he said. "There's big potential in this car that we have to exploit, but I feel comfortable in it.

"We more or less completed the whole programme today, so when you have this on your first day it's a good sign."