© 2021 Motorsport Network. All rights reserved.
TV Buy tickets Store
Previous / Grosjean thanks firefighters who ‘saved my life’ in Bahrain Next / The effort Mercedes made to get Russell ready
Formula 1 / Sakhir GP / Breaking news

Sergio Perez has downplayed his chances of accepting a Formula 1 reserve drive in 2021 after he leaves Racing Point. 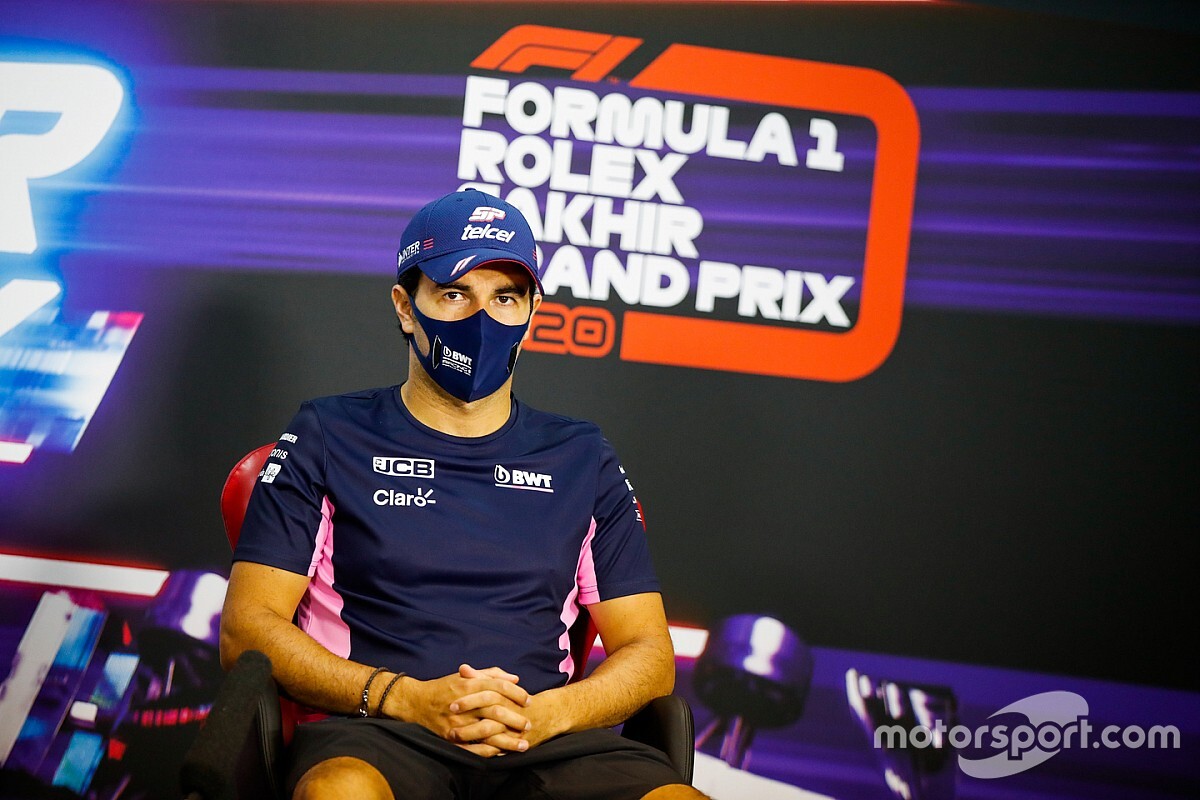 Perez revealed last week that should he not land a race seat at Red Bull his alternative options are a sabbatical and a return in 2022, or a reserve role with a “top team.”

However, with COVID still potentially a threat, a reserve role would inevitably involve travelling to most of the races, and certainly those outside Europe, which is the usual approach for a reserve driver.

The Monaco resident is not keen to commit to such a schedule unless he is actually competing.

“We haven't gone into too much detail with it, it's just an option,” he said. “But it's not my priority. I think we have to figure it out in case we get into that, how we can make it work, because I don't want to be going to all the races if I'm not driving.

“So it's a hard one, obviously, the team needs to have to get the driver there. So probably I'm not the right person to do it. But we will see, I think in the next two weeks, I will know more on my future.

“But that's something that I can still decide on next year, what is really the ultimate thing I want to do for 2021.”

He added: “I think at the stage that I am in my career I want to drive. And I think if I'm not driving, it's very hard to attend the races, without driving.

“So as I say, there's no hurry on that, I wait and see what happens in the coming weeks. And then I see whether I prefer to take a full sabbatical, and come back in ‘22. At the moment, that's definitely plan B.”

Perez said that his retirement from last weekend’s Bahrain GP won’t impact his chances of landing a Red Bull seat.

He was set for third place in Sakhir when a late MGU-K failure led to his first retirement of the 2020 season, and handed the position to Alex Albon, his rival for the Red Bull drive.

He took second place at the previous race in Turkey, and also had a strong run at Imola, but finished only sixth after a strategy mistake under a safety car saw him drop down the order.

“I think performance is important,” he said. “Although I missed the podium, I think it's not just one race that makes a difference.

“I've been here 10 years. And I think over the years, I've delivered, so people know what I can and what I cannot do. So I don't think one race changes the history on that.”

Perez, who after the Bahrain race dropped to fifth in the world championship and is now two points behind Daniel Ricciardo, conceded that a lot of points have been squandered in 2020.

“I think it's been a season for missed opportunities, we've lost so many podiums that we should have by now for different reasons,” he said.

“I think we should have had three podiums in a row by now. But we only have one. One with a poor first strategy, and the other one with just a failure, but these things happen.

“And the positives, I think to take are definitely the consistency, up to last race when the engine broke, we should have been on the point for the 19th consecutive time, so consistency-wise, we've been strong. And that's why we managed to recover after missing two races with the COVID.

“We are back on track. And we should be clear by a couple of points in that fourth position. As I say, I think it's been a season of missed opportunities.

“But if we put everything into a global perspective, I think it's been a strong year in terms of consistency and delivery.”