Perez recalls being "kicked out" of Red Bull junior test

Sergio Perez has recalled being "kicked out" of a Red Bull junior test around 15 years before signing for its Formula 1 team for the 2021 season.

Perez will make his debut for Red Bull next weekend after leaving Racing Point at the end of last year, marking his first team switch since 2014.

The Mexican starred through the 2020 season as he finished a career-best fourth in the drivers' championship, as well as taking his maiden F1 victory at the Sakhir Grand Prix.

Perez is the first driver Red Bull has signed for its senior team from outside of its own young driver pool since 2007, when it signed Mark Webber from Williams.

He was part of Ferrari's young driver programme until the end of 2012, when he joined McLaren as Lewis Hamilton's replacement.

But Perez has revealed that he first had talks with Helmut Marko about joining Red Bull's junior programme back when he was racing in Formula 3, leading to a test.

"In 2007, I was invited through my programme to do a test," Perez recalled on F1's Beyond the Grid podcast.

"It didn't go well. I had an issue with the seat, because my knees were hitting the wheel, so I couldn't turn. So I was quite far off the pace. I thought that I was going to be able to sort out the seat and so on.

"Then I went into Formula 3. I was racing against the Red Bull drivers, and I was leading the championship. I saw him at Silverstone [and said] Helmut, how are you?'

Perez was supported throughout his junior career by Escuderia Telmex, helping him move from British F3 into GP2 for the 2009 season, where he raced for Red Bull team boss Christian Horner's Arden team.

He said there was another conversation about possibly joining Red Bull during his time with the Arden team, following a run to fourth place in the Silverstone feature race.

"The other conversation was once in GP2, my first year with Christian," Perez said.

"After one good race I did in Silverstone, he came to me and said, 'hey, what are you doing?' and so on.

"He told me, 'hey, you're doing alright, but you have your own driver programme, you don't need me.' That was the final conversation that we had, that I remember." 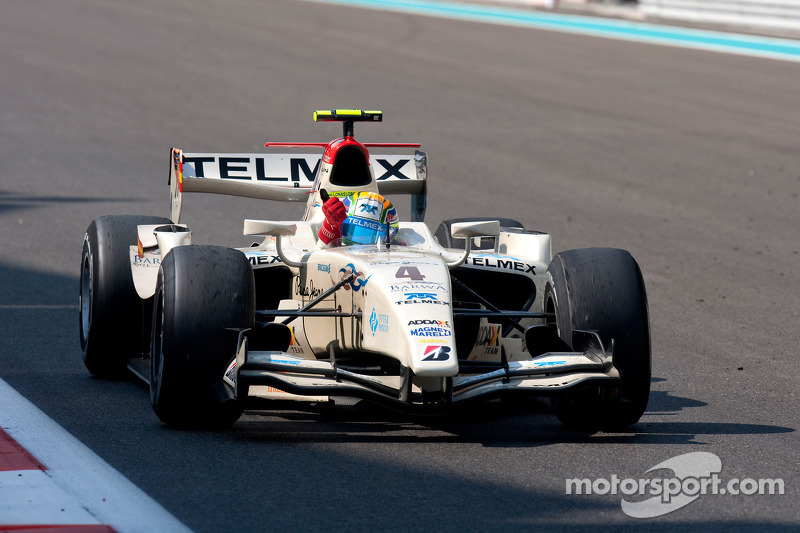 Perez went on to finish second in GP2 in 2010 before joining Ferrari's academy ahead of his F1 debut in 2011 with Sauber.

Asked if he thought it worked out for the best not joining Red Bull's driver programme, Perez found it difficult to speculate.

"Who knows what would have happened, what opportunities I would have got?" Perez said.

"[It] definitely helps to be part of that junior programme. But I just have to say that I'm extremely thankful to [Dietrich] Mateschitz, to Helmut, Christian, Adrian [Newey], all the Red Bull family, because to give me this opportunity, it's something great.

"They are driven by results. And no one before gave me the opportunity to be in a top car, so I just have to make sure that I deliver now."