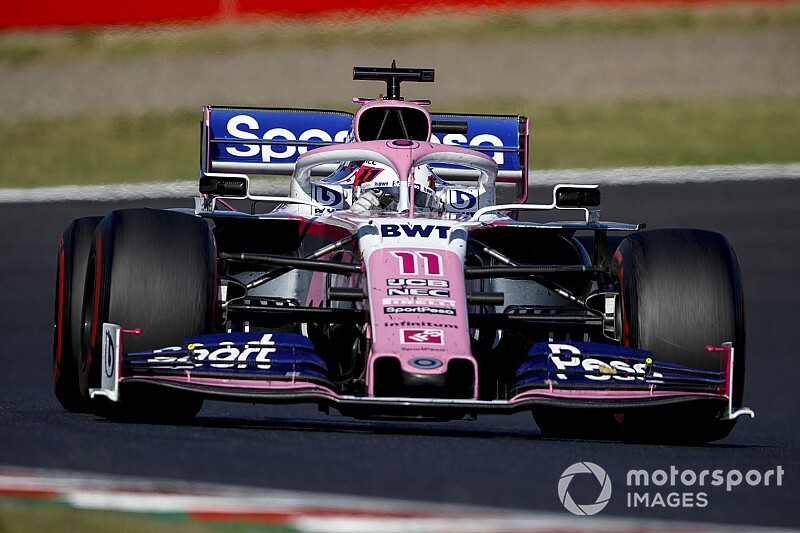 Sergio Perez says the biggest disappointment of 2019 for him has been the lack of improvement that Racing Point has made throughout the season.

While the Mexican knew that the campaign would be a difficult one, as the team got back on its feet after the financial troubles of last year, he said he had hoped for a bigger uplift in improvement.

Speaking to Motorsport.com about his campaign, Perez said: "Not ideal, you know. I wish by now we had more points, we were fighting for better positions, and we've improved more.

"I think the disappointed bit comes with the lack of improvement throughout the year. I think that is something we can consider. But all the rest, I think, we kind of expected.

"We knew that this year it is a transition year. But it hurts, you know. It is a long year to have that transition.

"But we see the light out of the tunnel. I think there are plenty of reasons to be positive for the future. I still hope that we finish with the fourth fastest car on the grid."

Perez says the team is well aware of where it could have done better this season, and understands the tough situation it faced after the 2018 woes when the team went in to administration.

"As I say, the lack of improvement is there, we are cautious about it. It is not like we don't realise, that we haven't improved enough," he said.

"That's there, we cannot hide from it. But as I say, in a transition year, in a year when you start so far behind it is always going to be very difficult to catch up."

But while the current campaign has been hard, Perez remains bullish about the longer term future for his team – having recently committed to stay for the next three years.

He is especially encouraged about the potential that the 2021 F1 revamp can give for his team, as he hopes it will allow Racing Point to fight for podiums.

"Definitely podiums are a target, you know," he said. "Definitely to go to the next step. There is a massive rule change for 2021, there are a lot of things going on behind the scenes, so a lot of work going on. So I see no reason why we cannot be successful."

And he says that if he is able to deliver on that target then that will bring him enough of an incentive to commit longer term to F1. He has previously admitted to some frustration about being stuck in the midfield.

"I need a motivation," he said. "I want an encouragement to come here, and leave the weekend knowing that I've done the best, and the team has done their best.

"I've been the last three years best of the rest, fighting for it. So I have to keep that motivation, I have to have a project that motivates me to keep going on."

Yamamoto not "under consideration" for Red Bull F1 seat