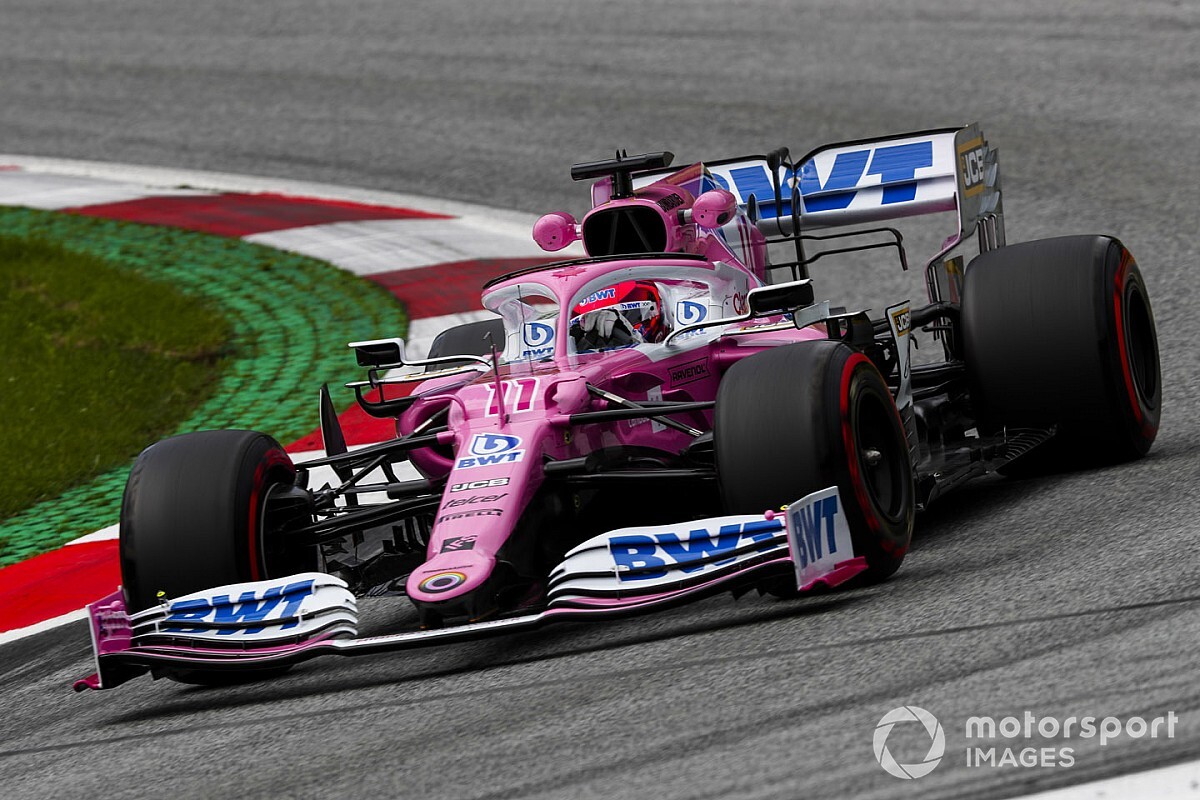 The Silverstone outfit looked strong in winter testing, and has been waiting since then for the opportunity to properly judge the potential of the RP20, which follows the concept of the title-winning 2019 Mercedes.

Perez was 0.641s off pacesetter Lewis Hamilton today, while just 0.142s separated him from his own team mate Lance Stroll in seventh place – with Ferrari, Renault and McLaren splitting the pink cars.

Perez stressed that he can't afford any mistakes if he's going to continue his form into qualifying.

"It's been a good day," said the Mexican. "I think the margins are really close, everything is extremely close, but it's a very small track.

He added: "We were a good half a second away, and in such a small track, the Ferraris, the Red Bulls, the Renaults, the McLarens, are within a tenth from us, so it's not like we can get too excited.

"The margins are extremely close, so hopefully tomorrow we can put a great lap together in qualy."

However he acknowledged that there has been a leap in performance since last year.

"We have to take it step by step really, but I think we certainly have closed the gap to the top teams. I think last year we started really on the back foot, I think right now we are ready to start, ready to fight.

"I think it's a great car, in the factory the team has done a tremendous job and we have a car underneath us that is working well.

"So just make them proud and hopefully give them a great result this weekend, but it's still a lot of work, a lot of things that we've got to improve, to make sure that we are ready for Saturday and Sunday.

"I think we should see a good step in track temperature, especially for tomorrow and Sunday, so it will be a very interesting weekend, because there are a lot of things that still we don't know."