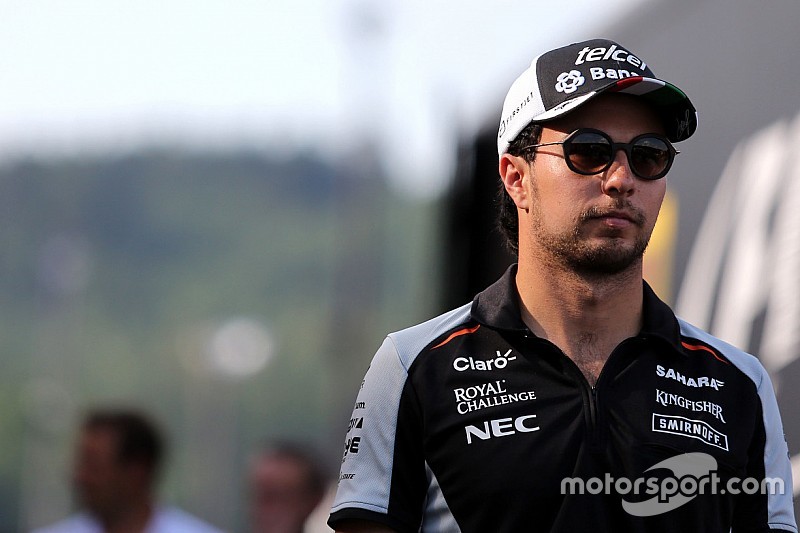 Sergio Perez expects his Formula 1 future to be sorted by the Singapore Grand Prix, as speculation continues to swirl around the Mexican.

Although he has a firm contract with Force India for next season, his deal is tied up with commercial arrangements from his local sponsors.

There has been interest from Williams and Renault in luring him away, while Force India remains upbeat that in the end Perez will stay onboard alongside Nico Hulkenberg.

Perez declared after the summer that he was pretty relaxed about where things were heading, and speaking ahead of the Italian Grand Prix he said that things would be settled very soon.

"I hope to announce my future by Singapore hopefully," he said. "It looks like what will happen is what I always wanted."

When asked to clarify what it is he always wanted, he said: "You will find out very soon."

Force India has had an encouraging season, and currently lies in fourth place in the constructors' championship after overhauling Williams at the Belgian Grand Prix.

Speaking about the job the team has done: "We really worked hard in the last years and I think finally this year we have seen good progress.

"Last year we managed to finish fifth and that was a massive achievement and we knew that moving forward required a mega effort from everyone.

"In doing so, there is still a long way to go in the season and it will not be easy to hold on to fourth, but at least we are fighting in this level – and it is a really good achievement for us. It is something that makes me feel extremely proud."