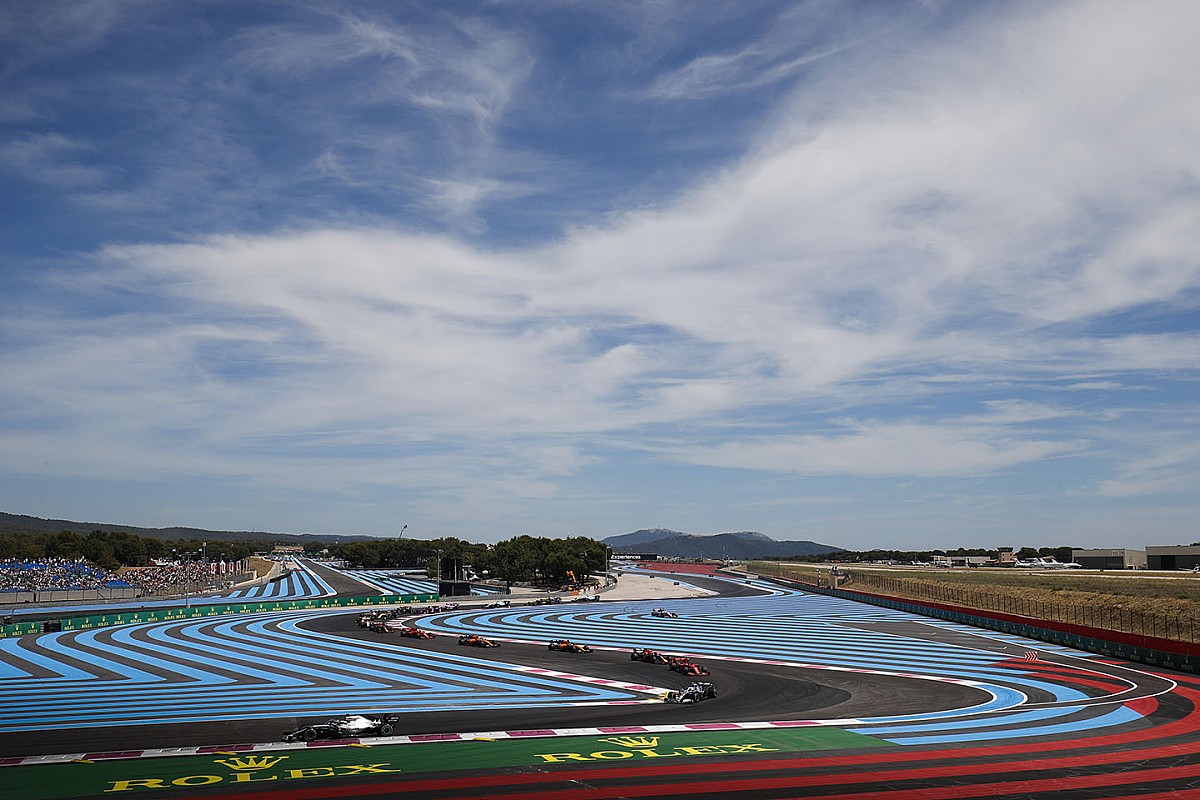 Daniel Ricciardo believes the organisers of the French Grand Prix should consider running the Formula 1 race at a different layout of the Paul Ricard circuit.

F1 found itself facing complaints about how boring it was when the French Grand Prix proved a disappointment – with a lack of drama at the front and the only real excitement coming on the final lap as a struggling Lando Norris got engulfed by a swarm of cars.

Ricciardo, who overtook Norris and fought off Kimi Raikkonen on the final lap but was penalised for two infringements, said passing was "tricky" in the race.

"I think as well because for Turn 8, at the end of that DRS, you brake so late that unless you're really kind of alongside or there, it's really hard to make a big lunge," he said.

“And also with this new tarmac, if you do go off line, if you're carrying too much speed, then you're never making the corner. So it does make the track very one-line, and for that I think it was difficult as well for overtaking.”

Asked whether the track's characteristics brought the worst out of F1, Ricciardo said: “It is tricky. There's a lot of long corners and you're in those medium-speed corners where you struggle so hard to stay close to a car, and the first few laps there, when I was behind the guys on softs, I was just killing the tyres.

“It was my fault for putting myself out of position at the start but, yeah, it does make it tricky for racing. So, tough one, I know they've got so many variations here, maybe they could look at something else.”

Ricciardo's teammate Nico Hulkenberg, who endured a frustrating afternoon as he was trapped behind Raikkonen for almost the entire race, agreed with the premise that the current layout did not work well with F1's current-spec cars.

“They are fast, they are spectacular, but the problem is you can’t get close to a car and this is one of the worst tracks for it,” said Hulkenberg, when asked by Motorsport.com.

“It’s always third/fourth gear and the speeds are quite high, so the aero effect is just massive. That’s what I just did - spending one and a half hours experiencing that.

“But I think for the 2021 rules that hopefully will be addressed properly. Hopefully we can have a track like this but with much better racing.”

Hamilton may be "best driver that has ever existed" - Wolff