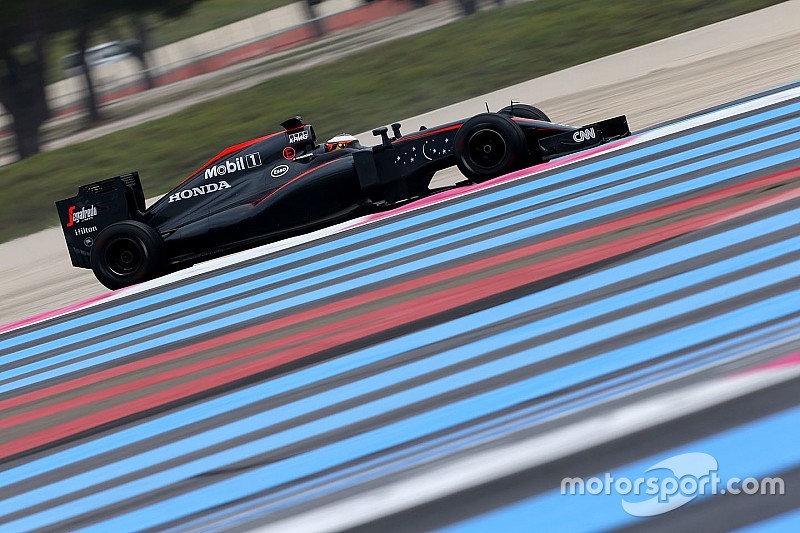 The Paul Ricard circuit is considering introducing a system to warm up the track's surface in order to help Formula 1 teams during winter testing.

Formula 1 tyre supplier Pirelli, as well as leading teams like Mercedes, pushed for 2017 pre-season testing to take place in Bahrain in order to have more representative running, given the warmer track conditions.

In the end however, it was decided that testing would take place in Barcelona, where temperatures are expected to be low.

Paul Ricard director Stephane Clair says the French circuit, which has hosted some of Pirelli's 2017 tyre tests and that will host the French Grand Prix when it returns in 2018, will be pushing to become the regular venue for F1 testing.

Clair revealed a system to heat up the asphalt is being considered when the circuit is resurfaced ahead of the French GP next year.

"We'll obviously fight to get that pre-season testing, and the new track will play to our advantage in that regard," Clair told Motorsport.com.

"We're currently considering heating it up to maintain a track temperature that allows testing with a perfect use of tyres. That's what has been missing in pre-season testing on some European tracks.

"This system could be used permanently but aims at increasing the track temperature, so usable mostly in the winter. In the summer, there's no reason to use it."

Although Clair said no discussions have taken place yet with F1 teams or Pirelli yet to host testing at the track, he is confident the circuit will be seen as a perfect venue for it.

"There have been no talks yet," he added. "Even for the 2017 tests – we're in a good position to talk about it, as Pirelli has been doing most of its development tests here – nothing's done yet.

"For 2018, the selection hasn't started, but one could very much imagine the pre-season testing taking place here, on a new track that perfectly suits development."

Sainz focused on Toro Rosso, but wants top drive in 2018