F1 bid to stop car changes will "open can of worms," warns Wolff

Mercedes boss Toto Wolff thinks Formula 1 would be making a mistake in stopping teams from changing car parts on race weekends if a new parc ferme rule plan goes ahead.

F1 bosses and the FIA are in the process of finalising a sweeping overhaul of various matters for 2021, and it has emerged that one sporting proposal is for the first two practice sessions to be pushed later on Fridays.

Scrutineering could then move to Friday morning and pre-race parc ferme conditions would begin before practice, meaning no major car changes could take place once the cars are on track.

But Wolff has questioned the move, thinking it would simply force teams to invest more money in simulation and dyno work before they travelled to the races.

Asked by Motorsport.com about the proposal, Wolff said: "We are not keen on the parc ferme format from Friday to Sunday.

"There's no motor racing formula out there that doesn't allow the cars to be touched over the weekend and I don't think we should start with F1, the pinnacle of motor racing.

"You open up a can of worms with penalties, because cars will end up in the wall, will need to be rebuilt. The idea of how we can add more variability, unpredictability, have more cars breaking down – we will achieve the contrary.

"We will spend more time and research in the virtual world, more cars on dynos to make them last because we know we can't take them apart over three days.

"I don't think this is something we should touch. There's many other areas that make sense but this one not for us."

Moving parc ferme to Friday morning is part of a plan to eliminate the need for F1 personnel to be at the track on Thursday, theoretically reducing the workload on F1 personnel as the calendar of races grows.

Under the proposed format, teams would be obliged to take part in qualifying and the race using significant set-up configurations committed to on Friday before any on-track running took place.

Under the current sporting regulations, teams are required to supply a suspension set-up sheet before qualifying, and once in parc ferme very limited car changes can be made.

Basic checks and processes may be completed, such as bleeding the brake system or charging batteries, while the existing front wing can be adjusted but no parts can be added.

"Genuine accident damage" can be repaired and any extra work can only be undertaken with prior permission from the FIA technical delegate, and replacement parts must be "similar in design, mass, inertia and function to the original".

Any modification made to a car part, the suspension set-up or aerodynamic configuration constitutes a breach of parc ferme conditions and the driver must start the race from the pitlane.

Toro Rosso team boss said he was "not a big friend of" the proposed 2021 idea.

"I don't think this makes the big difference," he said. "What we have to look for is to increase the show, reduce the costs, distribute the money in a fair way.

"These are the most important points. Parc ferme, this is absolutely secondary. OK, it's being discussed now within the teams, but I don't think that these changes are important. We don't need to change anything in this way." 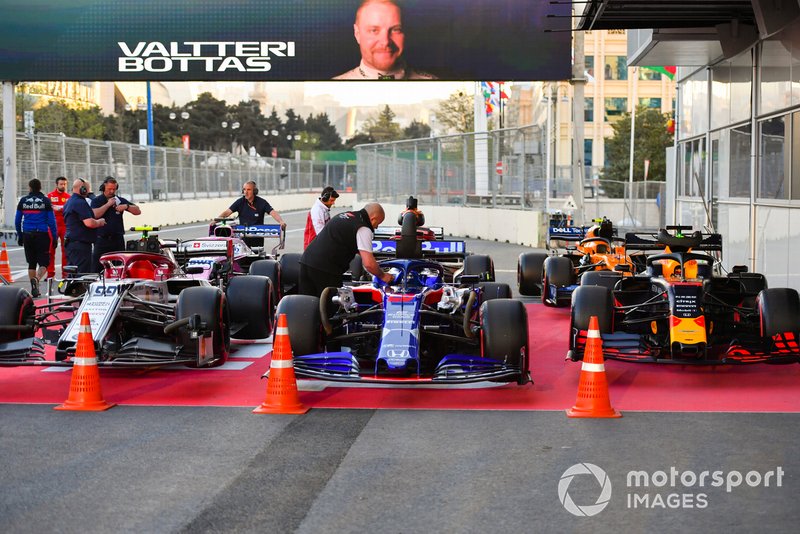 Mercedes joins Netflix show that Wolff "didn't like" at first