Palmer unhappy with Hamilton over Q1 off 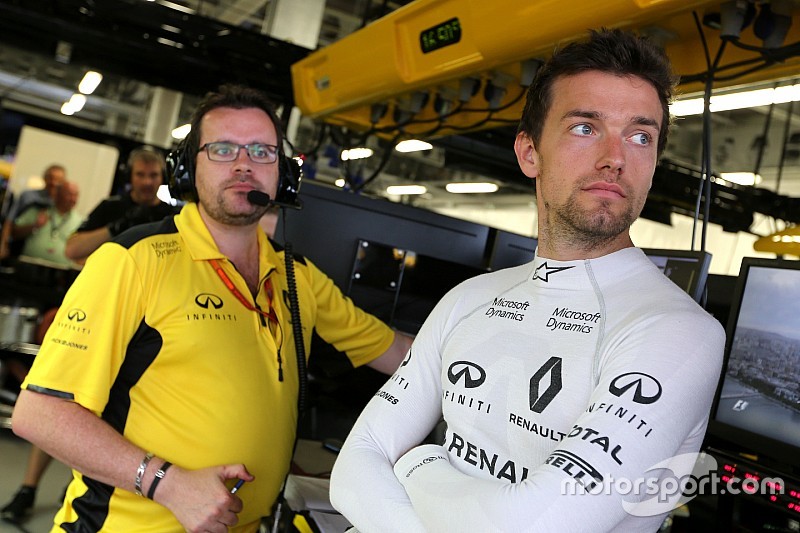 Jolyon Palmer spoke of his frustration over Lewis Hamilton bringing out the yellow flags with a Turn 15 mistake in the first segment of qualifying for the European Grand Prix.

Hamilton went off in all three segments of qualifying, his efforts culminating with a Q3 crash - but it's the Q1 mistake that drew Palmer's ire.

The Renault driver finished 22nd and last, just behind teammate Kevin Magnussen, but insisted he would have done a much better lap if Hamilton didn't go off.

"Well, Lewis... on my best lap on the first set, which would've been about half a second up on my ultimate best lap, he had, I don't know, a silly excursion - so I had to back off," Palmer said.

"It's just frustrating 'cause he's clearly got the pace to get through Q1 and yet he's still causing yellow flags for us, who are trying to do our best in the only session we get. But that's how it goes, I guess."

Palmer then suggested F1's top teams should not be pushing hard - and thus making mistakes - in Q1 if they can be assured of going through with a safe lap.

"In Q1, some of the top teams relax, it's like a practice session for them. But for us, it's our entire [qualifying] session.

"So if they're causing yellow flags on two of our four laps, in the end, it's quite painful for us - and for them, they just do a lap in the end, they can do a lap that's a second off what's possible for them and still get through.

Both Palmer and Manor's Pascal Wehrlein voiced their frustrations over DRS being frequently disabled on the main straight when drivers go off in Turn 3.

DRS has proven a key factor at the Baku City Circuit so far due to the sheer length of the main straight, but with just one detection zone and two activation zones - on the main straight and out of Turn 2 - the system was often disabled for brief moments throughout qualifying.

"I did two quick laps, on one of them I didn't have DRS, because someone went off in Turn 3," said Wehrlein.

"This is something I don't really understand - if someone goes off in Turn 3, they switch off the DRS for the main straight.

"So I'm a bit disappointed about that because I lost a few tenths there. To have DRS or not, it's 20kph difference."

Palmer agreed with the German's assessment. "Here it's been actually quite stupid," he said.

"I think they need to re-look at it. Obviously there's only one detection point, but it's wrong. And some of the flags only come for a short time - and then, because someone just turns around in the run-off and carries on."

When asked by Motorsport.com whether he raised the issue with the FIA, Wehrlein, who had said the lack of DRS had cost him around half a second on his first flying lap in Q1, stated: "At the end, there's nothing you can do about it and I don't want to complain about it because... we were just in the wrong position.

"Maybe 20 seconds earlier or later the DRS was working, nothing to complain about."

Hamilton gets replacement tyre for start of European GP