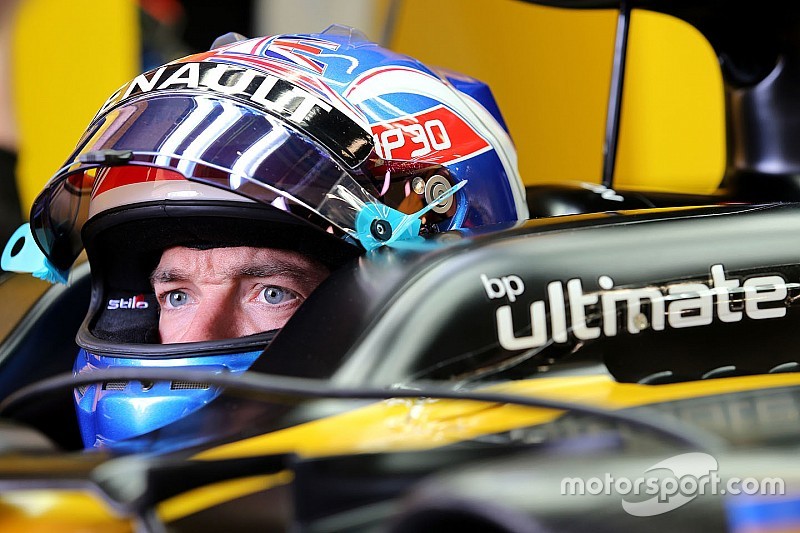 Renault Formula 1 driver Jolyon Palmer said he "had no chance" to save the FP2 crash that ended his Friday running at the Australian Grand Prix early.

Palmer lost the rear of his car at the final corner on his second flying lap in FP2, and slammed backwards into the tyre wall on the outside before being pulled around into the wall and damaging the front left.

Asked by Motorsport.com to explain the crash, Palmer said: "I just turned it in, had a bit of understeer and the car really let go on the rear.

"It caught me massively by surprise. I was on a tidy lap and attacking the last corner, didn't think too much of it, and the rear just went.

"I had no chance. It's the first time I've had that sort of problem in this car. It just let go."

Palmer was unhurt in the accident, and his car will be repaired in time for Saturday morning's practice session.

It left the British driver with only 10 laps to his name in Friday practice, after his first session was cut short by a "gearbox-related issue".

He was on a personal-best lap that would have put him in the middle of the pack when he spun - and the Brit says that made it more frustrating.

"I was feeling good with the car, that's the sad thing really about today," Palmer said. "The few laps I did, I felt really comfortable and that we were in a good place.

"That's why in FP2 I felt the confidence to go and attack straight away, and the lap I was doing was going to be pretty sensible as well.

"Losing a lot of time now puts me on the back foot. I think I can recover it, tomorrow I need to have a really good FP3."

"It's definitely already at a good point but [the team has] still got work to do – I'm not happy with the balance," Hulkenberg added.

"I hope overnight we can tweak it, get more harmony and a better balance into the car, which will be tricky and a bit of a challenge.

"Friday doesn't mean that much but I'm happy with where I stand, the car and the feeling in the team. That is the most important thing for me today."