The Thai-Brit withdrew from the Italian Grand Prix at Monza earlier this month only a couple of hours before final practice on Saturday as he battled with appendicitis.

He was replaced by Formula E champion Nyck de Vries, who secured two points for finishing in ninth place.

Albon does not remember much of the episode because he was "drugged up" but revealed details about his race to recover in time for the physical and humid Singapore Grand Prix.

On his overall conditions, Albon said on Thursday: "I feel ready. I feel as fit as I can be – no pain.

"We had a good week of training or two weeks almost to get back to where we are today. We're realistic and we know that we're coming to the most difficult race of the year.

"We do have to be mindful of that. But I feel good. I've been karting and it's felt OK."

Initially, however, a return after only one race on the sidelines was seen as ambitious.

Albon added: "I don't think we truthfully had in mind Singapore on the cards. But just with the way that the speed of recovery, it was definitely a possible thing." 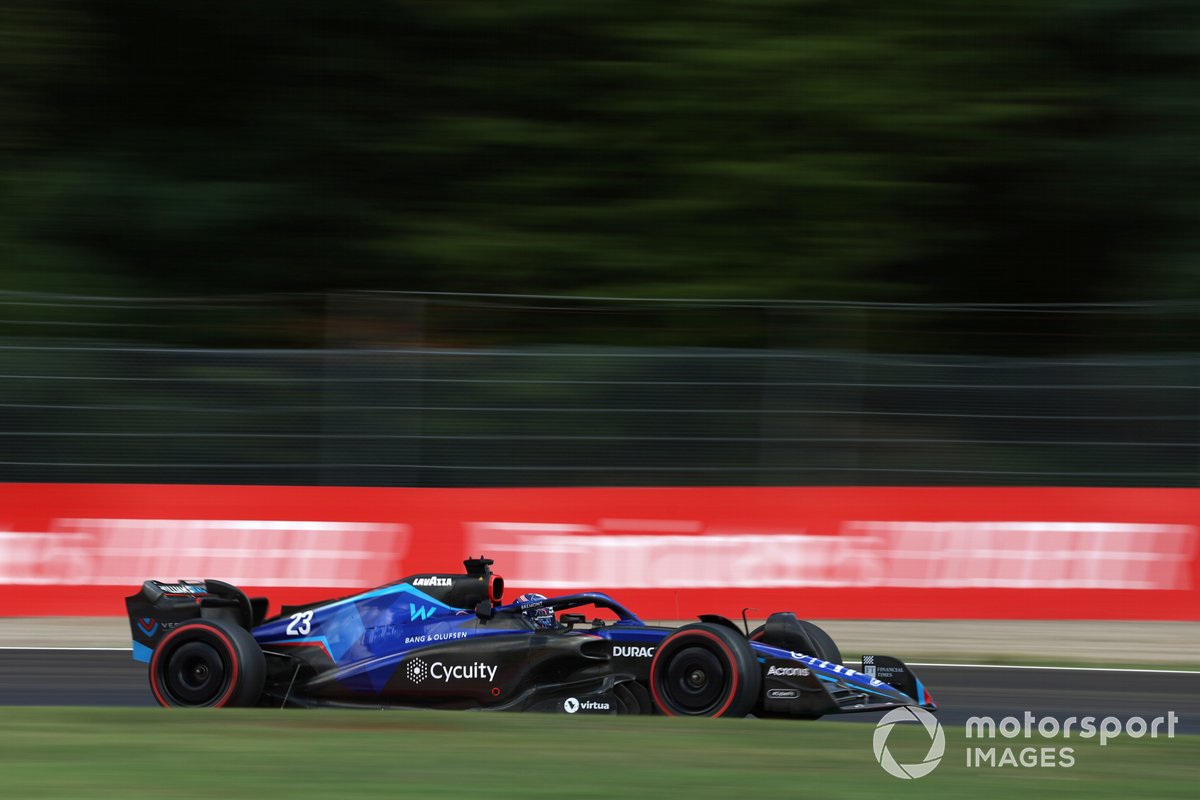 His condition will be assessed after first practice on Friday, but it is anticipated that the true test will come with the sustained forces exerted on the body with the long runs of FP2.

Albon labelled it only a "small" setback and "not a big deal" for only missing one round.

He continued: "When I woke up on Saturday [at Monza] and there was that decision - it's always should you risk it or not in terms of driving? But we did the right thing. Nyck did a really good job."

His effort to get fit in time started with bed recovery, but the anticipated two or three days in an induced coma only lasted for 12 hours due to the speed with which his lungs cleared.

Albon then woke up "pretty much 30 minutes before the start" of the Italian GP but was advised to turn off watching the race due to a spike in heart rate that came with the "frustration" of not being able to drive the FW44 that had looked impressive during Friday practice running.

After waiting for his lungs to recover sufficiently alongside getting over the initial surgery, Albon slowly built up his training until Monday last week when he "really started to push it".

"We treated it like a nine to five job, training and recovery. Basically, throwing everything [at it] and day by day was getting better and better.

"Then obviously, we got to a point where the recovery was going really well.

"We sat long and hard to think about it. Shall we do it or not? I feel like I am ready."