What a papaya orange 2018 McLaren F1 car could look like 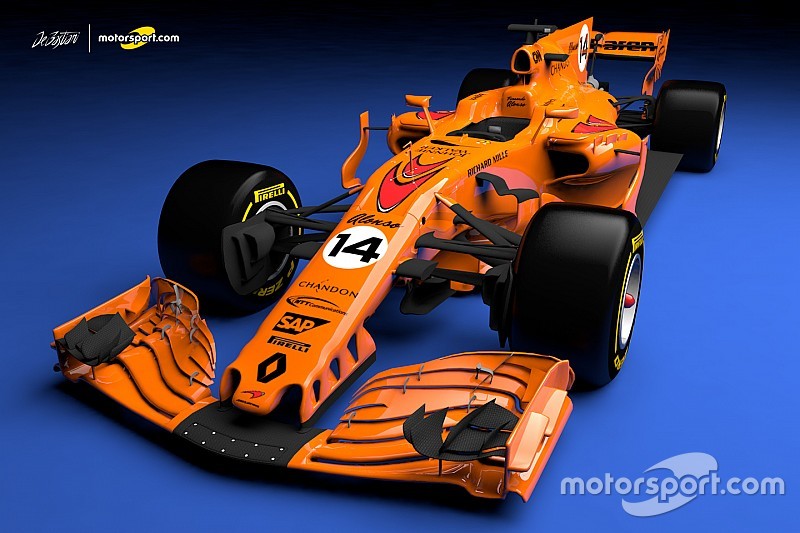 McLaren could opt for a 'papaya orange' livery for its Renault-powered 2018 Formula 1 car, and to celebrate Halloween Motorsport.com has visualised the Renault-powered machine.

The F1 team moved away from its mostly black 2016 car with the introduction of an orange and black livery this year, but it was not in the famous papaya shade of orange.

McLaren executive director Zak Brown says the decision on its 2018 livery will be decided in the coming weeks, and that he recognises the fans want papaya orange to return.

"We are starting to look at car designs now," he said. "I think the fans want us to go to papaya orange.

"When we did the IndyCar we had an overwhelming amount of 'please make your F1 car like that', so we are waiting on a few sponsor decisions which can also dictate what a car looks like. [But] I wouldn't rule it out."

To celebrate Halloween, watch Motorsport.com graphic designer Camille De Bastiani's 3D animation of what the 2018 McLaren could look like if it is decked out in papaya orange.

Gary Anderson: The weakness Mercedes must fix for 2018