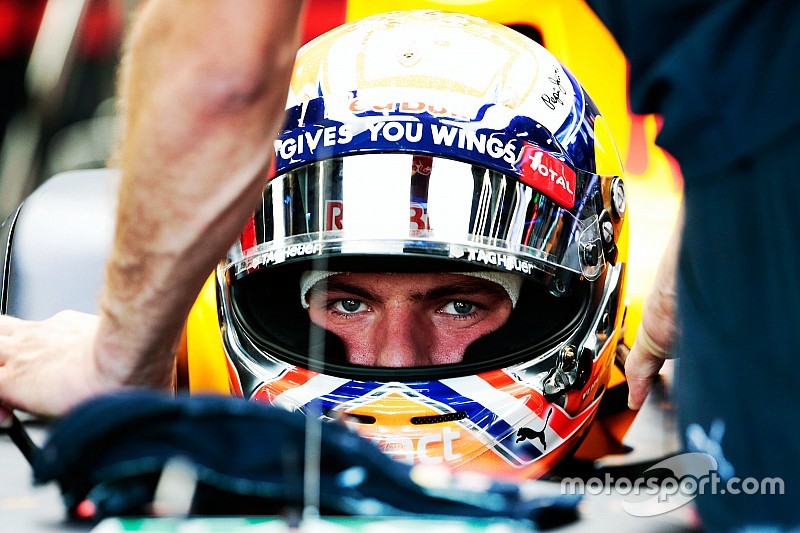 Max Verstappen is starting to sound a lot like Ayrton Senna, as his aggressive driving tactics border on the very limit of what's acceptable.

There’s a lot to be impressed by about Max Verstappen. Just like in MotoGP where there’s the acknowledged ‘alien’ class, he’s slotted straight into the A-list Formula 1 cast, belying his tender years with his raw speed and blindingly-good overtaking moves.

He’s exciting to watch, and he’s re-energised not only his home nation but a global audience too. He’s good box office, great for business – as Bernie would say.

But what is really setting Verstappen apart from the rest is his racecraft. He’s picked up the bar that was raised by the ‘hard cases’ such as Ayrton Senna and Michael Schumacher and perhaps notched it up one spot.

What’s also put Max in that ‘alien’ class for me is the fact he knows exactly what to say afterwards, to sweep any criticism of himself under the carpet.

I found that exchange on the Red Bull pitwall after the red flag at Spa fascinating, where he rushed over to Christian Horner and demanded to know what happened at the first corner with the two Ferraris. Seed planted that it was the wide-arcing Sebastian Vettel who first triggered the contact with Kimi Raikkonen, pushing him into his Red Bull on the inside, this gave him all the ammo he required for the post-race grilling.

After the race, he flipped the argument on its head (a little like he almost did to Kimi, more of which anon). He said the Ferrari drivers “should be ashamed to cause a crash like that with their amount of experience and then complain about me.”

You have to admit, that’s very Senna-like. In the famous Jackie Stewart TV interview, I admired the way Ayrton defended the indefensible of Suzuka 1990 – even though I thought what he did that day was the worst thing he did in his entire career.

You can almost see Verstappen saying something like “I’m not designed to finish third, fourth or fifth.”

So he can talk the talk like a true legend, but is he walking the walk in an acceptable manner? Jacques Villeneuve certainly doesn't think so, saying that "Twenty years ago someone would have put him in a tree".

The case for Verstappen’s robust defence

We saw in Hungary that Verstappen is willing to push the boundaries (like all teenagers?) in his defence from Raikkonen. But at Spa he seemed willing to push that further, literally. First at Les Combes when he forced Raikkonen on to the run-off area (which was kind-of OK) then, secondly, on the Kemmel Straight a lap later.

For me, this was well over the limit. Moving to block a car coming with DRS just isn’t on, and I’m amazed that the driver steward, Danny Sullivan, didn’t apply at least a warning for that.

Raikkonen made his move clear, yet Verstappen’s block was a clear reaction to cover that move, not a ‘I’m choosing to defend the inside, you drive around me’ – which perhaps all DRS defensive moves should be.

You cannot stop an ‘overspeeding’ car physically – although Schumacher tried it on Mika Hakkinen there in 2000, and I think we all agree that move was totally out of order too.

As Kimi rightly pointed out when you’ve got a closing velocity of 20kph, while already travelling at over 300kph, any contact is potentially disastrous. And with ‘the Max effect’ packing the grandstands and spectator banks, put bluntly, the last thing we need is him sending a car into them.

Any wheel-to-wheel contact at high speed can have devastating consequences, and you only have to look at the horribly-graphic film of the Wolfgang von Tripps/Jim Clark clash from Monza in 1961 to realise the horrible consequences. Of course, track safety has moved on a long way since the days of grass banks, but if you’d added some angle into Mark Webber’s backflip at Valencia, the outcome would have been far worse.

Having to brake on the straight, as Kimi claims he did (we certainly heard him lift out of the throttle), is a step too far for me. It’s like Schumacher driving Rubens Barrichello towards the pitwall/pit exit in Budapest – it’s over the line.

Problem is because that line’s now been crossed, it’s now OK to do it again.

Even in that interview in the ’90s, the normally-unshakeable Senna admitted: “it’s impossible to get it right all the time”.

And this is something Max needs to acknowledge – although Senna was talking about going for gaps, it rings true for defending your position too. And while an utterly dogged (and successful) defence of position from Kimi at hard-to-pass Hungaroring is one thing, trying to block a DRS pass on the Kemmel Straight at Spa is quite another. That, I would suggest, is actually reckless.

I’m not asking him to blunt any edges here, but I do feel that Verstappen needs to realise there are limits when it comes to defensive driving – and forcing cars to brake to avoid being launched at 300kph isn’t acceptable, in my opinion.