Opinion: It’s time for Ross Brawn to save F1 from itself 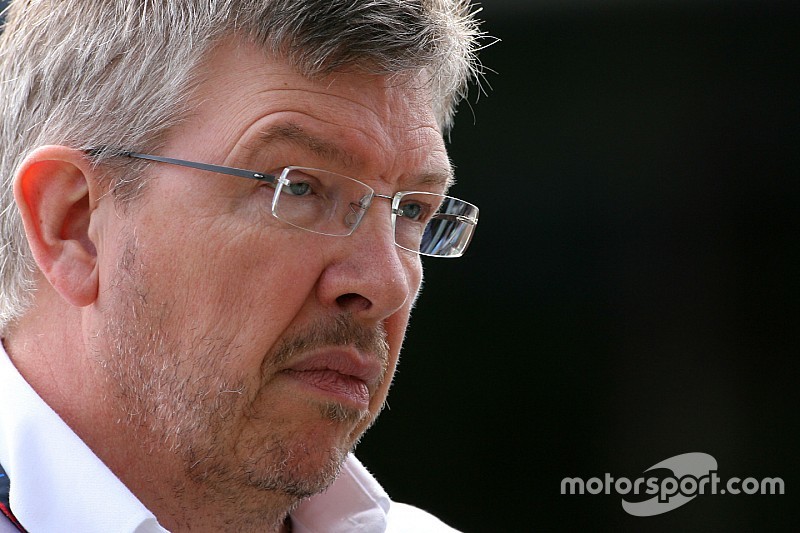 Former world champion team chief Ross Brawn is the new sheriff in F1. Is he the good guy who’ll sort things out or a black hat?

I’ve written many times that I think Ross Brawn is the right man to run the sporting side of Formula 1. In fact, I think he’s the only candidate who has all the correct ingredients, from a design/engineering standpoint to a former team principal with a high-level overarching view of what makes this super-complex sport tick.

Brawn signed up for managing director, motor sports of Formula 1 Group. But what moves is he planning to make?

His first interview was with Sky Sports F1’s Ted Kravitz at Barcelona on Tuesday. And what Brawn said was music to my ears.

“My plan is to build a small group of engineers and specialists who will be working under my direction and our task will be to try and bring a bit more logic and application to where the sport should head.”

My word! Common sense. Just this week we ran a story with the sentence: “Overtaking was not part of the brief when the [2017] rules were formulated, with the focus on making cars faster and more challenging to drivers.”

Think about that: It’s a bit like saying the hospital staff didn’t have the brief to ensure the rest of the body was kept alive while the brain surgeon sliced open the patient’s head.

Brawn, a man who’s signed off multi-millions in research and development in F1, spoke about the value of the technology and the importance of finding the right differentiators in deciding competitive advantage.

He admitted that he’d spent years in the role of leaving no stone unturned in looking for any advantage he could, and now the shoe was on the other foot – he’s all about increasing the competition, not stifling it with an arms race of irrelevant technology.

“What we need to do is identify where we want those differentiators need to be, and then the rest we should just neutralise,” he said. “There’s a lot of money spent that nobody knows about.

“We’ve got a controversy with suspension systems at the moment and nobody understands them – we’ve spent millions on them. I know we have to keep the sport at the peak of technology, but are those things good value?”

What he means is there’s a lot of wasted time, money and resources on a grand scale – and it’s time to save everyone a lot of unnecessary bother.

Brawn was also very blunt on the subject of the faster, wider and more aggressive 2017 cars…

“I’ve talked to some of the teams already and they’ve spent absolute millions on changing for these cars, millions spent by Pirelli on new tyres.

“Whenever we do changes like this, we expose ourselves to unintended consequences. Fingers crossed this is going to work, but it’s a good example of where we didn’t go through the right principles to begin with.”

And this is Brawn speaking on Day 1, when he’s not got into the nitty-gritty of the task at hand.

I loved his idea of a non-championship race too, not only because it would allow some experiments with race formats, but it would reflect fresh thinking and a challenge to the status quo.

I don’t think for a minute that we should have anything other than a Grand Prix – in the true meaning of those words – on a Sunday afternoon. But Friday and Saturday… why not shake them up? Give the crowd something to watch.

What I’d really like to see, after the pre-season tests, is a true ‘F1 season launch’. This is where that non-championship race should happen, and it should be somewhere more interesting than Barcelona – Portimao in the Algarve fits my bill. A non-championship European Grand Prix as far south as you can get.

Make it a glitzy event: a fan festival with rock concerts, driver appearances – the kind of thing Silverstone puts on after the end of the British Grand Prix. Something accessible for the hardcore fan and TV viewer alike.

“So there’s a balance there and it’s our task to find the reasonable balance.”

Bringing reasonable balance, logic, asking questions about value for money and considering consequences of decisions… It’s really not that hard when you think about it, is it?

But you do find yourself wondering when was the last time someone did think about this... and thought about it properly, without a narrow vested interest, and all the way through.

LIVE: Follow Day 3 of Barcelona F1 testing as it happens