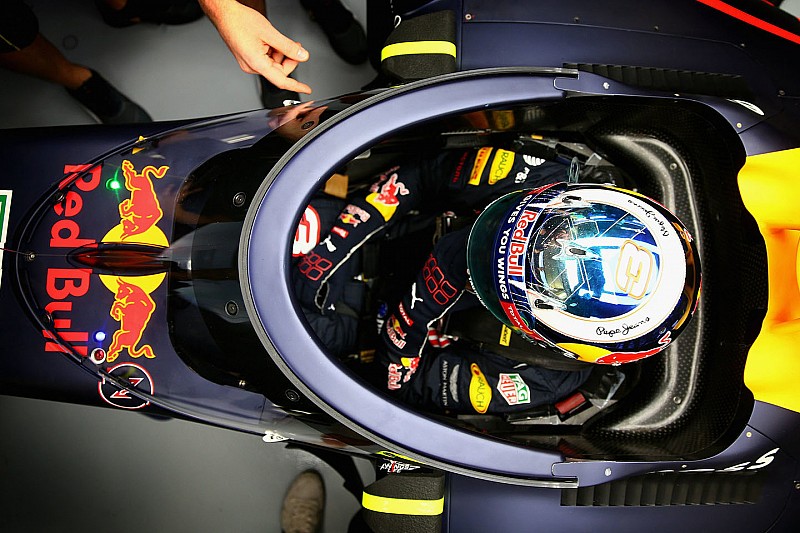 The introduction of cockpit protection in Formula 1 will not detract in any way from the sport, argues Jonathan Noble.

Human beings hate change. So it is little wonder that the public outings this year of the Halo and Aeroscreen have served to rev up emotion among F1 drivers, team members and fans about whether the sport is doing the right thing.

Love the cockpit concepts, hate them or couldn't care less, there is no disputing that everyone has their own personal opinion about their visual appeal (or turn-off), and that whatever happens, not everyone is going to be happy.

But there is one argument, thrown around quite a bit in recent weeks about the issue, that needs to be kicked firmly in to touch: that the arrival of better cockpit protection is going to ruin the sport by reducing its dangers. What utter nonsense.

This view has been fuelled by a wider theory, which I accept, that if you make F1 100 percent safe, with no risk of crashing or danger, then that will not be good.

It was something that Lewis Hamilton – someone who is not impressed by either the Halo or Aeroscreen looks – spoke about in the build up to Russia.

"The reason you look as a kid at F1, it's 'these guys, they're crazy. They could die at any moment,' he said. "Everyone who comes to me, who's just started watching F1, they go: 'it's so dangerous.'

"That's a large part of why they are so in awe of what you do. You take away all that, and that person could do it, almost. What's the point if anyone can do it?"

Up to a point, of course, he is right. The reason why F1 holds attraction for many is that it is an extreme sport; and that every time a driver pulls on his crash helmet he knows that there is a chance he could be injured or killed when his car goes out on track.

But the closed cockpit debate is not about ruining the danger element of F1 (indeed, some are arguing it could make it more dangerous when it comes to getting out of cars after crashes, or in visibility terms…) because it is not going to make it any less likely that drivers are going to crash.

If we were arguing about limiting speeds to 30mph, wrapping cars in cotton wool, introducing mandatory indicators for overtaking, and building two mile exclusion zones around all tracks so barrier contact was impossible, then that would be robbing the sport of its soul.

But bolting on an extra piece of cockpit protection as part of F1's constant drive to improve safety? That's not any more a game-changer to 'sanitise' the sport than many other items introduced over the years.

Has F1 been ruined by crash helmets, seat belts, tyre barriers, SAFER barriers, more stringent crash tests, or the HANS device? Not at all. Is it going to be wrecked by some extra cockpit protection? No.

Whatever surrounds the cockpit - be it a screen or a structure – cars are still going to be racing at 200mph, contact will be made and there will be crashes.

Fernando Alonso's accident in Australia would have been just as spectacular whatever was around the cockpit, and he would likely have received exactly the same injuries.

Safety progress can actually serve to make the spectacle better, for if drivers know that there are elements out there protecting them then they can be willing to take more risks.

If a car has a Halo or not, world champions like Lewis Hamilton, Sebastian Vettel and Fernando Alonso will still be braver through Eau Rouge and still be more successful than their less skilled rivals in bringing home the wins and titles.

As GPDA chairman Alex Wurz said last weekend: "One of the core DNA messages of F1 is that we do fast cars, really crazy cars, and we push to the limits.

"We make them way safer so the guys in them can push way beyond the limits and stun us with their car control - but we are not having to walk to too many funerals.

"And just because someone puts a Halo over you, or any sort of additional protection for your head, it doesn't mean you have to have a smaller size of balls to race, and a lesser skilled driver will win the world championship.

"You are just lucky that if someone else has a mistake and loses a tyre and it drops on your head then you maybe survive."

And Wurz rightly points out that the trend for driver fatalities and injuries being reduced over the past 50 years does not follow a similar path to F1's popularity among fans, which has grown hugely over the years.

He added: "From the 1960s, where every sixth grand prix a driver died, and between Ayrton Senna and Jules Bianchi, which was an accident that was maybe not very typical due to a foreign object on the circuit, there is very one clear line on this graph – it is the reduction of severe injuries and fatalities.

He's right. We should not mix up the visual debate (and I for one hope that the solution F1 ends up with looks better than the prototypes we have seen) with the safety debate.

For I will happily have an argument over a pint with anybody about whether the Halo or the Aeroscreen is good for bad for F1's looks, or the need for F1 cars to retain open-cockpit from a philosophical point of view.

But I've no time for anyone who suggests that introducing them removes F1's risk factor for good and will lead to a sanitised F1 that no one will watch.

Tech analysis: The secrets of the Mercedes steering wheel