One more win for Infiniti Red Bull Racing at Bahrain 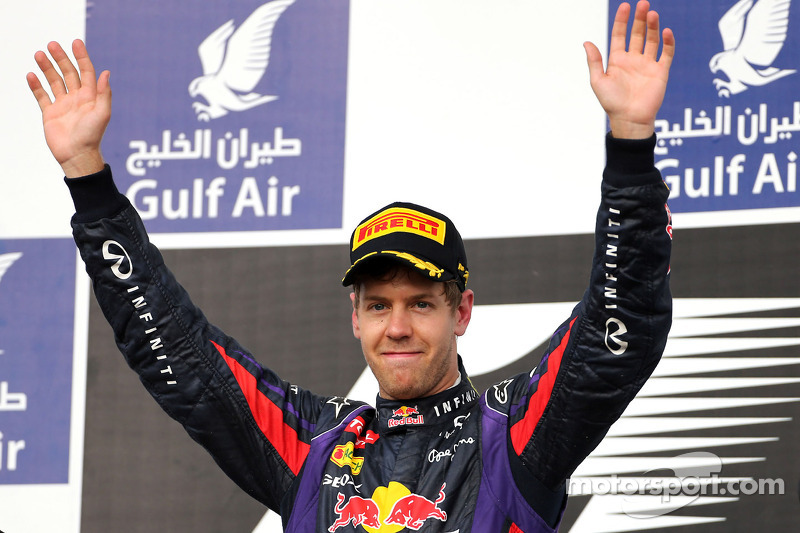 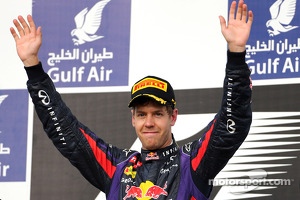 “It was good fun at the beginning with some very tight wheel to wheel racing. At the start you don’t know if you will be quick or not, as everyone is a bit all over the place, including yourself! It’s important to get to the front; we saw at the last race that if you get stuck behind someone then it does have an impact on tyre wear and today it was important to make use of the tyres we had saved from qualifying yesterday. I love to be in clean air, so I was pushing hard to get into the lead and, with the speed we had mid-race, it was quite comfortable today. Well done to the whole team, to everyone here, to the factory in the background and especially to those who were working on the strategy today; it worked just as we expected, so we obviously got the numbers right.”

Car 2 MARK WEBBER, Finish Position: 7th, Start Position: 7th
“The beginning wasn’t too bad, but we lost quite a bit of time in the second stint trying to clear people. We went aggressive on the first few out laps, which meant we jumped people, but the tyres didn't like it. That meant the second stint was a disaster really in terms of pace at the end and that loaded the other two stints up. In the middle of the race I thought I could get on the podium, but then it was about pace management and it’s a fine line between racing and saving tyres. Others pitted a bit before me at the end, but it wasn't enough for me to get home. If you race people hard then you run out of tyres, but if you don't then they come through. In the end it was a pretty good battle with Lewis for both of us; neither of us had any tyres left, but we were trying to race as best we could.”

CHRISTIAN HORNER, Team Principal: “An absolutely impeccable drive from Sebastian today. He executed two brilliant overtakes, one on Fernando and the other on Nico Rosberg. After that he dominated the race until the finish and managed his tyres brilliantly. The strategy worked perfectly with the tyres that we conserved in qualifying, which ended with a dominant win on a three-stop strategy. For Mark, after racing very well in the first stint and making progress through the first round of pit stops, in the second stint he pushed very hard on the first few laps which effectively elevated him into second position. Unfortunately he couldn’t achieve the longevity in that stint, which put him under pressure for the final two. His last stop put him in the range of those on two-stops, and then it was a matter of making it to the end. Despite fighting fantastically well and racing very hard with Lewis, he ran out of rear tyres before the end of the race, but still got some valuable points.”

THIERRY SALVI, Renault: “Today Seb and the team called a perfect race. All the same it wasn’t easy; racing here is tough, with a lack of grip, high temperatures and the humidity was more than expected. Delivering the right engine settings for these conditions and fuel consumption rate while maintaining stability is a careful balance but everything seemed to work well today, although it was a shame Mark lost a couple of positions on the last lap. It’s the 36th win for the Red Bull Racing-Renault partnership, and the 154th for a Renault engine, plus a clean sweep of the podium for the RS27, so there is a lot to be happy about today.

Vettel Dominates In Bahrain As Lotus pair Charge Through The Pack