Esteban Ocon hopes his maiden podium finish at the Sakhir Grand Prix shows those who were doubting him on his return to Formula 1 were wrong. 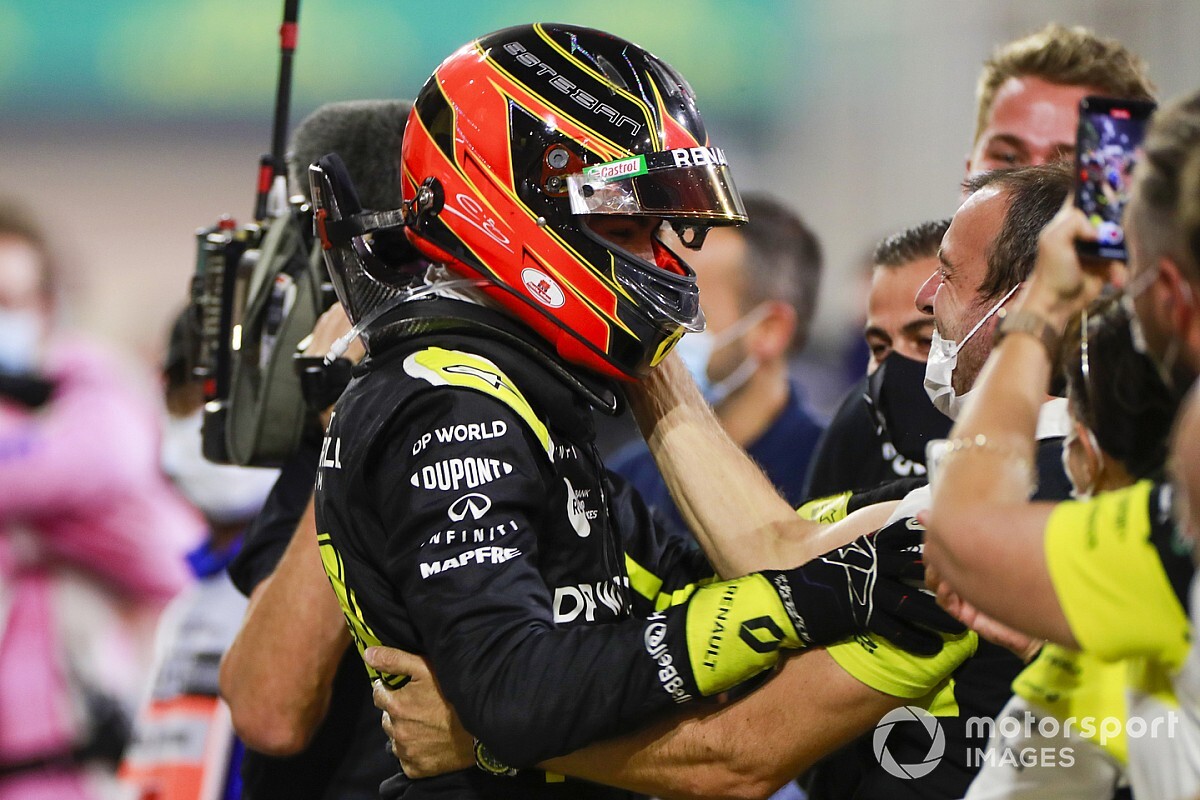 The Frenchman pulled off a well-executed one-stop strategy to grab second place at the Bahrain event behind race winner Sergio Perez.

And off the back of a season where he has faced some disappointment, and been surrounded at one point by speculation that he could lose his drive, Ocon said the result was incredibly important for him.

"I've no words. I cried on the line," said Ocon after the race. "That's how much emotion is going through my mind, actually.

"Now, it's been a tough season, on our side. It hasn't paid off all the time, but we never stopped pushing, we kept working hard, and kept staying motivated. That was very important.

"At the moment where there's less and less people believing in you, it's important to believe in yourself and today we made it happen. I'm very pleased with it so it's hard work, but it paid off."

Ocon has faced a tough challenge in going up against Daniel Ricciardo this year, and he openly admits that his Australian teammate definitely raised his game in 2020.

"Daniel is a fantastic benchmark," said Ocon. "He has done a very solid season into his second season at Renault, and he has stepped up.

"But overall, you know, I feel like my progression has been strong as well. And I'm closing the gap to him and, to have that podium, is the cherry on the cake."

Ocon returned to F1 this year with Renault this year after a season on the sidelines as Mercedes reserve driver, and it took him some time to get up to speed.

For next year, he will face the extra challenge of being teammate to two-time world champion Fernando Alonso, who is returning to F1 after two seasons away from the sport.

Ocon's result in Bahrain is Renault's third podium of the season, with Daniel Ricciardo having finished in the top three at the Nurburgring and Imola this year.